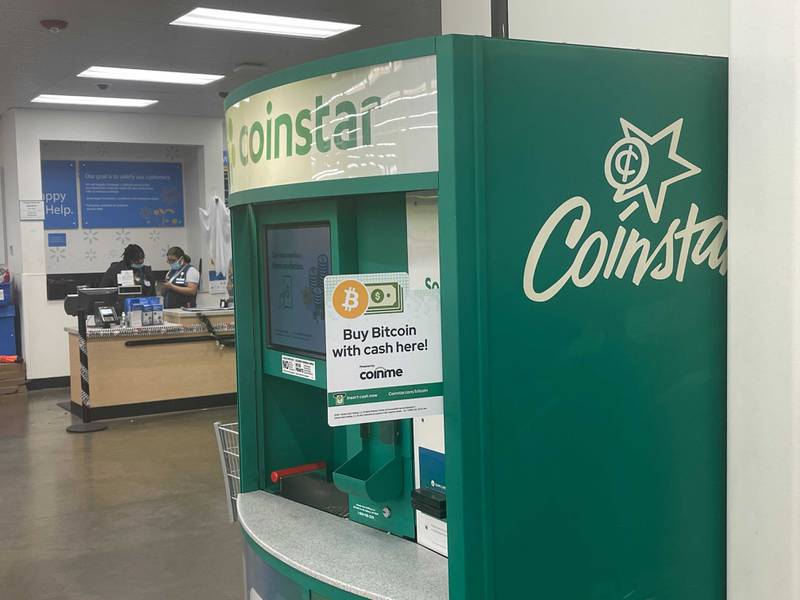 Walmart launched a pilot project, allowing customers in the US to buy Bitcoin with cash through 200 of the Coinstar kiosks placed inside the Walmart stores across the United States.

A CoinDesk editor verified that the service works, buying a small amount of BTC at a Pennsylvania Walmart on Oct. 12.

“Coinstar, in partnership with Coinme, has launched a pilot that allows its customers to use cash to purchase bitcoin,” Walmart communications director Molly Blakeman told CoinDesk via email. “There are 200 Coinstar kiosks located inside Walmart stores across the United States that are part of this pilot.”

Coinstar is best known for allowing consumers to exchange coins for paper bills or gift cards. The ability to buy bitcoin is enabled by Coinme, a crypto wallet and payment firm that specializes in bitcoin ATMs (BTMs).

"Clean coins only": The Coinme interface for buying bitcoin at Walmart. (Kevin Reynolds/CoinDesk)

After inserting bills into the machine, a paper voucher is issued. The next stage involves setting up a Coinme account and passing a know-your-customer (KYC) check before the voucher can be redeemed. The machine charges a 4% fee for the bitcoin option, plus another 7% cash exchange fee, according to the Coinstar website and verified by CoinDesk.

CoinDesk tested the service out of an abundance of caution following a hoax last month, when a fake press release claimed that litecoin (LTC) would be accepted as payment at Walmart stores. This time, the bitcoin-Bentonville connection is real. A source with knowledge of the pilot said the Litecoin debacle had put Walmart, which is based in Bentonville, Ark., off from issuing a press release.

Bitcoin ATMs on the rise

The cryptocurrency ATM industry is expanding at a rapid pace, partly fueled by the COVID pandemic. Coinstar announced plans in 2020 to double its fleet of 3,500 Coinme BTMs amid a spike in usage.

But Walmart, long seen as the crown jewel to bringing crypto financial services into the mainstream, is another step up – even if the 200-kiosk pilot is chump change for a company with 4,700 stores and a market cap of $409 billion.

The potential for crypto-enabled financial services for lower-income users is alluringly close given shared connections among Walmart, Coinme and MoneyGram, but the retailer didn’t elaborate further on its crypto plans.

That’s because some crypto ATM operators turn a blind eye to the relatively high level of illicit activity the machines attract, he said. That includes money mules, human traffickers and assorted scammers.

Over the past 18 months, DigitalMint, which accounts for only 5% of total BTM transaction volume, has rejected and returned $5 million to fraud victims, said Sattler, who is also a leading contributor to the recently convened Cryptocurrency Compliance Cooperative.

“Large retailers need to make sure they know the vendor they’re getting into bed with and what that organization is doing to manage risk,” Sattler said in an interview.