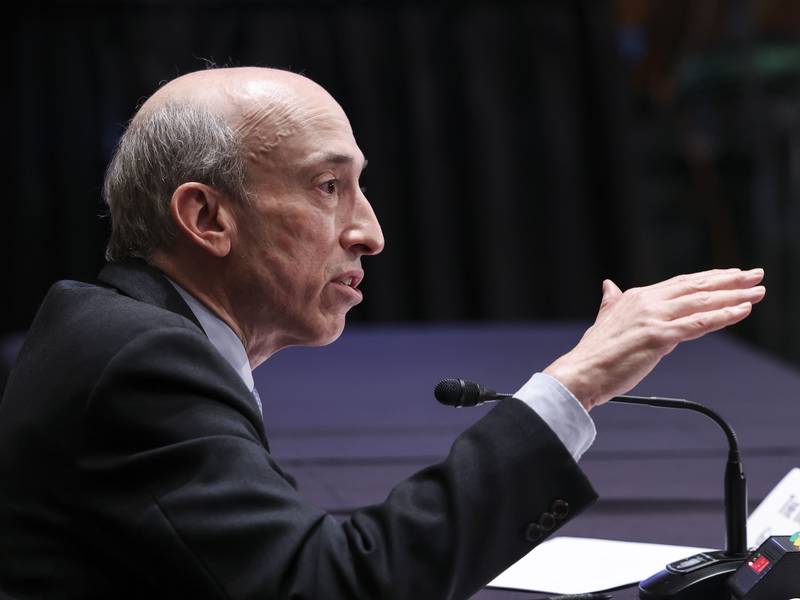 The US Securities and Exchange Commission chairman, Gary Gensler renewed his support for Bitcoin futures Wednesday in the prepared remarks for a Financial Times conference. He added ”I look forward to staff’s review of such filings."

Gensler singled out bitcoin ETFs, which invest in futures contracts that trade on the Chicago Mercantile Exchange and register under the Investments Company Act of 1940. The so-called ‘40 Act “provides significant investor protections,” he said in prepared remarks for a Financial Times conference: “I look forward to staff’s review of such filings."

He struck a similar tone in an August speech that ignited a rush in tailor-made bitcoin futures ETF filings. None has been approved by the SEC, but industry observers expect decisions as early as October.

Investors haven’t been quite as eager to plow into bitcoin futures-linked products. One bitcoin futures mutual fund has amassed only $15 million in assets two months after launch, according to a tweet from Eric Balchunas, an analyst for Bloomberg.