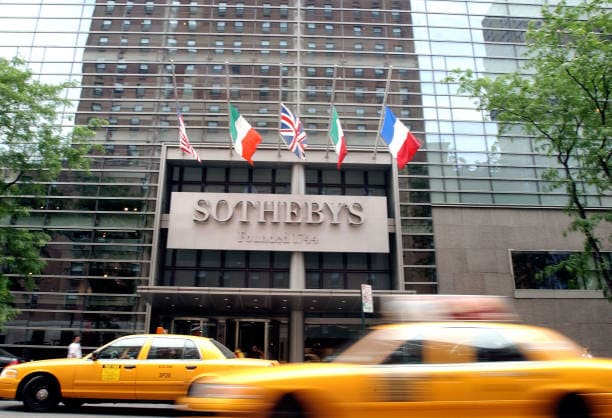 Sotheby’s, the 277-year-old British auction house, said sales of its non-fungible token (NFT) works reached $100 million in 2021, according to a newly released report that says it has seen an overall “rebound” in sales as clients respond to a seamless digital and physical experience.

Sotheby’s said NFTs have further expanded its audience attracting a new demographic of collectors. In April, Sotheby’s held its first sale of NFTs by the pseudonymous artist Pak. The sale fetched $16.8 million over a three-day drop. Other notable NFT sales included a single CryptoPunk that sold for $11.8 million and a single Bored Ape selling for $3.4 million.

The auction house reported that it has seen an overall “rebound” as clients respond to a seamless digital and physical experience. Sotheby’s consolidated sales for 2021 reached $7.3 billion with auctions at $6 billion and private sales achieving $1.3 billion.

Sotheby’s said the “meteoric rise” of NFTs and the launch of its new platform called “Sotheby’s Metaverse” has attracted a new audience, with 78% of NFT bidders being new to Sotheby’s and more than half of them under 40.

The Sotheby’s Metaverse allows visitors to view digital artworks available at auction, as well as learn about the collectors and artists behind NFTs. The auction house has also created a virtual gallery in Decentraland to showcase the NFTs. Sotheby’s has also been accepting cryptocurrency as a form of payment for physical artwork.