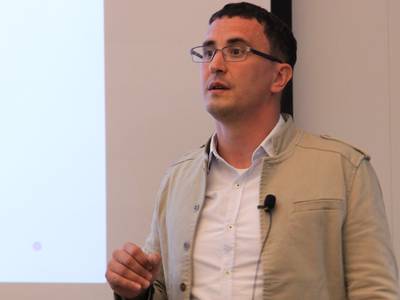 Fresh on the heels of a $180 million incentive program, the Avalanche Foundation announced on Thursday a $230 million raise to jumpstart liquidity in the network’s burgeoning decentralized finance (DeFi) ecosystem.

The Avalanche Foundation said in a statement it will use the funds “to support and accelerate the rapid growth of DeFi, enterprise applications and other use cases on the Avalanche public blockchain.” Traders have plopped $2.6 billion onto Avalanche, according to data from Defi Llama, making it the sixth-largest network by total value locked (TVL).

The funding round was led by Three Arrows Capital and Polychain Capital, with participation from CMS Holdings and Dragonfly Capital, among others.

In an interview with CoinDesk, Avalanche founder Emin Gün Sirer said that a portion of the funds will be used to inject liquidity directly into Avalanche-based DeFi platforms.

“To make anything at Avalanche scale, you need large-scale capital. To provide a DEX [decentralized exchange] that operates efficiently, to provide liquidity pools that provide operations with low fees, low overhead, you often need access to large amounts of capital,” Gün Sirer said during a video call, adding:“It is suboptimal to raise that with tiny amounts of checks. At some point you want the big liquidity to come in.” Large-scale liquidity is a clear focus for the young chain. Two weeks ago the Avalanche Foundation announced a $180 million “Avalanche Rush” incentive program. Currently, those funds are primarily being used to incentivize user deposits.

Gün Sirer said the raise and the liquidity provision plans “will be something in conjunction with, but distinct from [Avalanche Rush].”

Additionally, Gün Sirer told CoinDesk that the venture capital organizations that participated in the raise were chosen in part because of their expertise in DeFi markets and market-making.

“This was a case of us going to people in the space who we’ve admired for a long time, who have long track records, and who want to come into Avalanche and help boost this ecosystem,” he said.

Avalanche will be releasing more specifics of how the funds will be used in the coming weeks, and Gün Sirer said he anticipates a “busy fall” as protocols and organizations announce deployments to the chain.