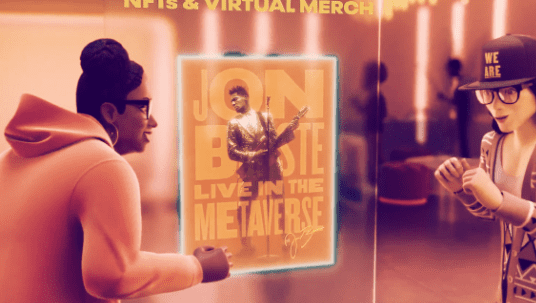 Social media giant Facebook sees the growing metaverse as the future of its business, and today the firm made that increasing focus formal by announcing that it will go by the name Meta.

Meta will be the name for the overall company, although it appears that some its individual apps and services—such as Facebook itself, as well as WhatsApp—will maintain their current branding under the Meta umbrella.

Facebook (now Meta) CEO Mark Zuckerberg announced the news today during the streaming keynote for its annual Facebook Connect event, which was heavily focused on the metaverse. The expected move was first reported by The Verge last week, although a final name had not leaked ahead of today.

“I think we’re basically moving from being Facebook first as a company to being metaverse first,” Zuckerberg told the site in a new interview posted following the keynote.

What is the metaverse? It’s a term that many are using to describe the future evolution of the internet, in which the flat apps and websites we use today are gradually replaced by 3D environments and shared spaces, making interactions more immersive in the process.

The metaverse won’t be one thing, but rather a conceptual collection of open worlds and settings joined by interoperable assets and experiences. Collectible NFT assets, for example, could be turned into 3D avatars that owners can bring into all sorts of web spaces, whether it’s for work, play, exercise, or social interactions.

Facebook, already one of the largest companies in tech, wants to lead that charge into the metaverse. The company recently announced that it will invest $50 million over the next two years into research and partnerships, and that it aims to hire 10,000 people across Europe in the next five years to aid with the effort.

However, the company is clearly aware of criticisms levied against it over the years in regards to privacy, security, and things like controlling fake news and hate speech. The company has said that it will help build the metaverse “responsibly,” and took time in today’s keynote to highlight its focus on privacy and open collaboration with external creators and firms.

Even so, some in the crypto community are skeptical of Facebook’s promises, given its history. Yat Siu, Executive Chairman of metaverse-centric game publisher and investment firm Animoca Brands, recently told Decrypt that he sees Facebook and Chinese tech leader Tencent as “threats” to an open, composable metaverse.

In any case, Facebook is betting big on the metaverse, and it goes beyond a name change. Today’s keynote address spotlighted potential 3D social interactions, the ability to do work in the metaverse, and the way that NFTs can be used to represent collectibles and avatars alike.

In one example, a person attending a real-life concert invited an online friend to join along, apparently via augmented reality (AR) glasses. After the event, the friends convened online for an official “metaverse afterparty,” where they walked through a venue with other avatars and purchased concert merchandise sold as NFTs.