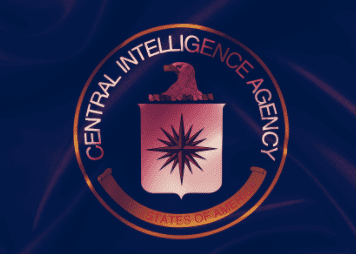 The CIA may not have invented the leading cryptocurrency Bitcoin as conspiracy theorists claim, but it runs several crypto projects, says Director William Burns. Wade into Reddit and you'll discover conspiracy theories claiming that Tom Hanks is a pedophilia kingpin, Bill Gates inserted microchips into coronavirus vaccines, and the CIA invented Bitcoin.

Well, as it turns out, the CIA is involved in cryptocurrency after all—even if it didn't invent Bitcoin.

Responding to a question about whether the intelligence agency was able to constrain ransomware attacks emanating from abroad, Burns said his predecessor "had set in motion a number of different projects focused on cryptocurrency and trying to look at second- and third-order consequences as well and helping with our colleagues in other parts of the U.S. government to provide solid intelligence on what we're seeing."

Ransomware is a type of malicious software designed to shut down a computer or network until payment is received, often in Bitcoin or privacy coin Monero. Attacks this year have shut down a major oil pipeline, meat processing plants, and businesses' IT infrastructure. The Biden administration in June labelled ransomware a "priority" and said it would use cryptocurrency tracking to address it.

Burns didn't clarify which predecessor he was referring to. Five other people have led the agency—two of them in an acting capacity—in the last five years alone, including John Brennan, Mike Pompeo, and Gina Haspel. Yet the likeliest reference is to his immediate predecessor, David Cohen.

Cohen, who President Biden picked as acting director from January to March of this year, is a transplant from the Treasury Department who oversaw the Office of Foreign Assets Control and the Financial Crimes Enforcement Network, both of which have cautioned companies against facilitating ransomware payments. In other words, he's exactly the sort of person who would get the CIA gathering intelligence on cryptocurrency.

Michael Morell, who served as acting director of the agency on two separate occasions under President Obama, also sees the value of Bitcoin to the intelligence community.

Earlier this year, Morell called blockchain technology a "boon for surveillance" in a report, published by the Coinbase- and Square-led Crypto Council for Innovation. The report defended the cryptocurrency against claims that its best use case is for criminal enterprise. Instead, the public nature of transactions makes it an "underutilized forensic tool for governments to identify illicit activity."

Burns was vague as to what exactly the CIA is doing. For example, is it studying networks or attempting to disrupt them? But he did add: "One of the ways of getting at ransomware attacks and deterring them is to be able to get at the financial networks that so many of those criminal networks use and that gets right at the issue of digital currencies as well."