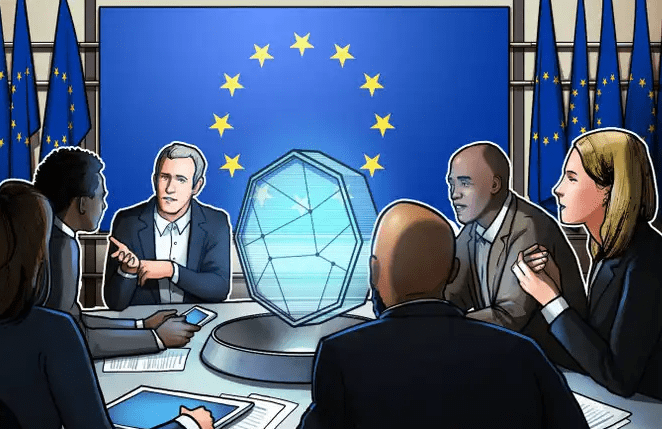 Earlier on Monday, members of the European Parliament’s Committee on Economic and Monetary Affairs voted against a version of the Markets in Crypto Assets, or MiCA, bill that could have effectively banned proof-of-work-based (PoW-based) cryptocurrencies within the EU. This comes as a huge relief for the crypto industry, whose representatives had previously warned about the threat of a hardline regulatory scenario.

MiCA is a regulatory framework that contains 126 articles as well as a detailed plan of their implementation by the EU’s and member states’ institutions. The draft was introduced by the European Commission back in 2020 as a part of its Digital Finance strategy.

MiCA covers a wide range of crypto-related subjects, such as the status of all major currencies and stablecoins, the operations of mining and exchange platforms — with some notable exclusions such as digital currencies issued by central banks, or CBDCs — security tokens, non-fungible tokens, or NFTs and decentralized finance, or DeFi.

The main intrigue of Monday’s parliamentary session lay in the significant differences between two versions of the draft that were up for a vote. One of them contained language that could outlaw any operations with the cryptocurrencies that rely on the proof-of-ork, or PoW, protocol. The problematic line would require currency providers to submit a detailed plan of their compliance with environmental sustainability standards.

In the case of Bitcoin (BTC) and some other decentralized systems, such details couldn’t be provided in principle, as there’s no existing central operator or an individual or collective decision-maker.

That is why this version of the draft was previously corrected to remove such a regulatory deadlock. As the European Parliament Committee on Economics and Monetary Affairs member Stefan Berger assured earlier, the problematic language was not supposed to emerge in the final draft.

Ultimately, the hardline version of MiCA did appear on the floor but was not supported by the majority of the MEPs. As Patrick Hansen, head of strategy at crypto firm Unstoppable Finance reported, 32 members of the ECON committee voted against the restrictive version and only 24 cast their votes in favor. The latter minority consisted largely of the members of the Green fraction and thProgressive Alliance of Socialists and Democrats.

The more moderate version of MiCA, which will now continue its journey through the EU institutions, doesn’t contain any direct or implicated ban on PoW mining. Instead, it directs the European Commission, the EU’s chief executive body, to present a legislative proposal “with a view to including in the EU sustainable finance taxonomy any crypto-asset mining activities” by Jan. 1, 2025.

Crypto mining could still be categorized as an “unsustainable” activity before January 2025, thus getting barred from the support and investment of European companies and governments. However, this is still quite far from an outright ban, the enactment of which could have dramatically altered the state of crypto in Europe.