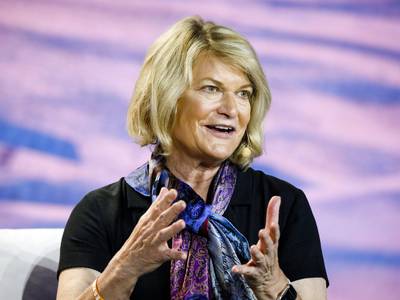 CNBC reported that American Senator Cynthia Lummis, a long-time crypto supporter, has purchased Bitcoin worth up to $100K in August, according to a Periodic Transaction Report filed on Thursday.

Lummis, who has been buying bitcoin since 2013, executed her latest purchase on Aug. 16 via the brokerage platform River Financial. CNBC first reported the news.

Under the Stop Trading on Congressional Knowledge Act of 2012 (STOCK Act) senators and senior staff with earnings above $119,554 are required to disclose certain financial transactions. Part of the requirements means they must report any purchase, sale, or exchange of any stock, bond, commodities future, and other securities on transactions above $1,000.

The senator previously served eight years as Wyoming’s state treasurer and told CoinDesk last year that during her time as treasurer she had always been looking for “something that was a good store-of-value.” Her son-in-law and his friends helped educate the senator about bitcoin’s potential as a store-of-value, she said, prompting her to jump on the bandwagon when the crypto was trading for around $320.

While a bitcoin advocate, Lummis slammed stablecoins during a speech on the Senate floor last week saying they “must be 100 percent backed by cash ... and this should be audited regularly” expressing her concerns that cryptos pegged 1:1 to other sovereign fiat currencies lacked transparency.