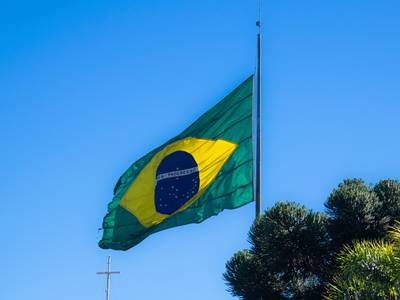 99Pay will enable the buy and sell of bitcoin on its platform, which announced on Tuesday that users of 99Pay will be able to execute commission-free transactions with a minimum purchase amount of 10 Brazilian reais and a maximum of 10,000 reais – equivalent to 1,800 U.S. dollars – starting Nov. 3. Also, 99pay will deliver bitcoin cashback promotions as well.

The initiative comes amid rapidly increasing interest in cryptocurrency among Brazilians and demand for crypto services. According to data published by the country’s Central Bank (BCB) in October, Brazilians have already acquired $4.27 billion so far in 2021. On the legislative front, Brazil’s congress plans to discuss a bill that would regulate companies operating in the cryptocurrency sector.

Brazil’s 99 is a ride-hailing, food delivery and financial services company founded in 2012. It was acquired by DiDi Chuxing, the Chinese equivalent of Uber, in a $1 billion transaction in 2018. The 99Pay platform has 20 million active users, according to the company.
99 launched its digital wallet in July 2020 within its app. The company launched a 99Pay’s stand-alone app last week.

Users will not be able to use bitcoins to pay for trips on 99, since crypto will first have to be switched to fiat, 99Pay’s Director, Maurício Orsolini Filho, told CoinDesk.

Orsolini Filho added that the company implemented the bitcoin trading feature following research conducted at the company’s request that showed potentially strong demand for the service. According to the data, 81% of Brazilian digital banks’ users already know or have heard of cryptocurrencies, while another 54% do not invest in digital assets but have shown interest in entering that market.

In 2020, DiDi told CoinDesk it was forming a task force to design and run a trial of China’s central bank digital currency (CBDC) on its transportation platform.