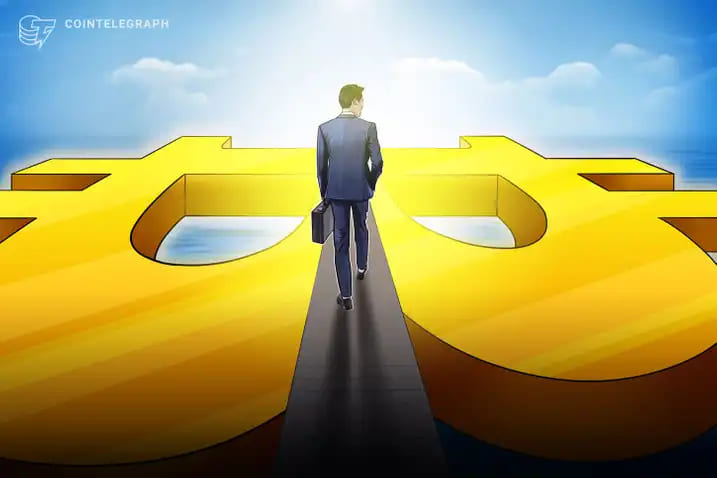 It’s been “up only” in recent days for Bitcoin price action, but when a retracement hits, hopes are pinned on $40,000 holding. Bitcoin (BTC) hit new multi-week highs above $45,000 on Feb. 8 as the leading cryptocurrency’s comeback continued. 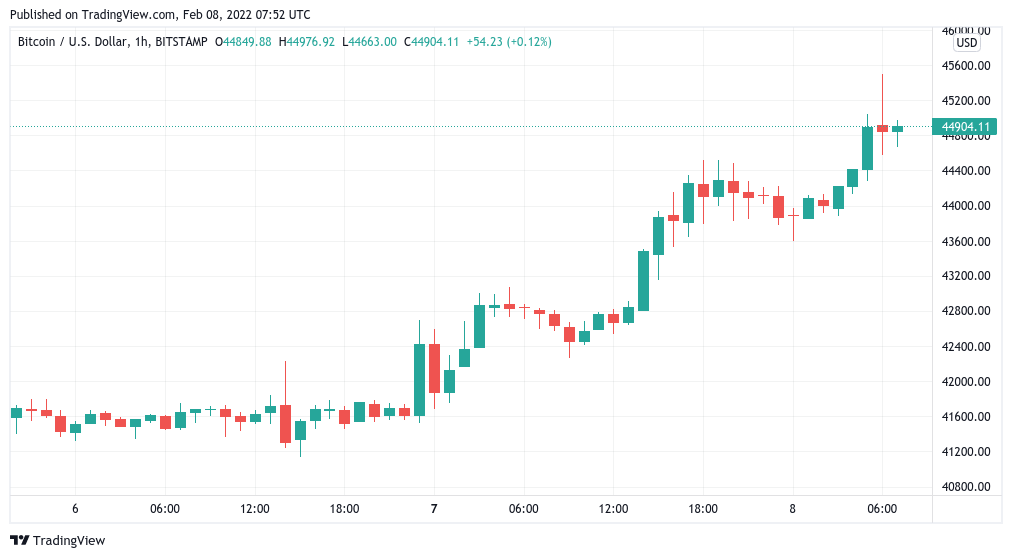 Data from Cointelegraph Markets Pro and TradingView showed BTC/USD reaching $45,500. Volatility was once again in evidence as the pair fluctuated by $1,000 on intra-hour timeframes, circling $44,800 at the time of writing. Fears of a major correction were nonetheless left unfounded on the day, despite theories that $40,000 could see a retest next.

As Cointelegraph reported, Bitcoin’s latest moves represent a breakout of a downtrend in place since November’s all-time highs.

Sparked by a similar exit from its relative strength index (RSI), BTC price action is now closing in on its yearly opening price just above $46,000.

Analyzing the fuel behind the past days’ progress, on-chain analytics resource Material Indicators noted that large-volume traders were accumulating, while whales, who had bought in at prices around $38,000, were now neutral.

“Driver of the rally were orders of size $10k - $100k (green), which made up almost all of the total CVD, and evidently TWAP’ed since the bottom was in. Whales remained either flat or sold into the rips,” it summarized.

In a separate development, news came Monday that United States regulators had approved a new form of exchange-traded fund focused on Bitcoin mining.

“Just as the move down gave no dead cat bounces or clean retests, this up move so far has given shallow dips and no clean retests, leaving sidelined capital sweating and potentially having to chase,” a positive William Clemente added about the latest price performance.

Altcoins, meanwhile, were slightly more sluggish as Bitcoin’s rally stole the show. Ether (ETH), the largest altcoin by market capitalization, was up 2.8% in 24 hours compared to Bitcoin’s 5%, with only Cardano (ADA) and XRP conspicuously outperforming the majority. 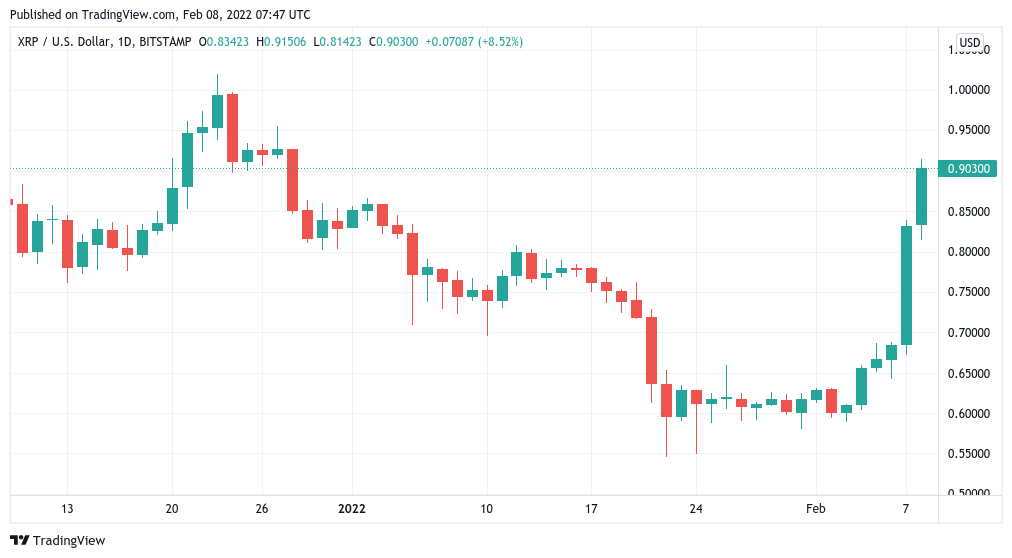