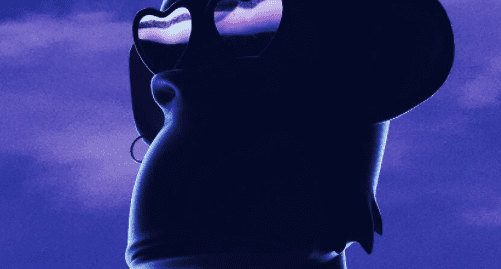 Gmoney, Bored Ape Yacht Club and PUNKS Comics are all teasing Adidas partnerships just days after the sportswear company entered the metaverse. Adidas hinted that it was getting into the metaverse days ago by enigmatically tweeting "Probably nothing," when announcing a partnership with Coinbase. That nothing is now something, and that something looks like a partnership with one of the largest NFT brands around, the Bored Ape Yacht Club (BAYC).

The BAYC Twitter account tweeted a picture of an ape sporting an Adidas hoodie. On the hoodie are the logos of Adidas, the Bored Ape Yacht Club, G-Money and Punks Comic.

The picture is all there is to go on at the moment; think of it as a teaser for a yet-to-be-announced project. Perhaps limited edition BAYC NFTs or some BAYC-inspired Adidas clothing. Decrypt has reached out to Adidas to confirm the partnership. G-Money and Punks Comics also tweeted Adidas-themed silhouettes.

Adidas partnered with Coinbase on November 24, and it also emerged that Adidas now owns some virtual land in The Sandbox. All signs, including a November 22 tweet, "adiVerse anyone?" indicate that Adidas is plunging into the crypto metaverse, a loosely defined online world powered by cryptocurrencies.

Non-fungible tokens, like the Bored Ape Yacht Club, are considered key to the metaverse since they are persistent online identifiers that owners can use to represent themselves across different online spaces. The Bored Ape Yacht Club is a collection of 10,000 digital apes. BAYC sales have now grossed more than $800 million since the project launched earlier this year, making them the fourth-largest NFT project around.

Punks Comic is a punchy NFT Comic that creates comic book characters out of  CryptoPunks characters and their collectors, including Beanie, an NFT investor.

CryptoPunks preceded the Apes; they are a collection of 10,000 avatars that have grossed more than $1.6 billion to date. Punks Comic is a derivative project of CryptoPunks. It is far smaller, having generated $131 million in sales.

Gmoney is an NFT collector based in Puerto Rico; he's also a general partner at Delphi digital's INFINFT. He rose to prominence after paying 140 ETH for a CryptoPunk in January 2021.

Whatever's going to happen, it's clear that Adidas is storming ahead with the metaverse.