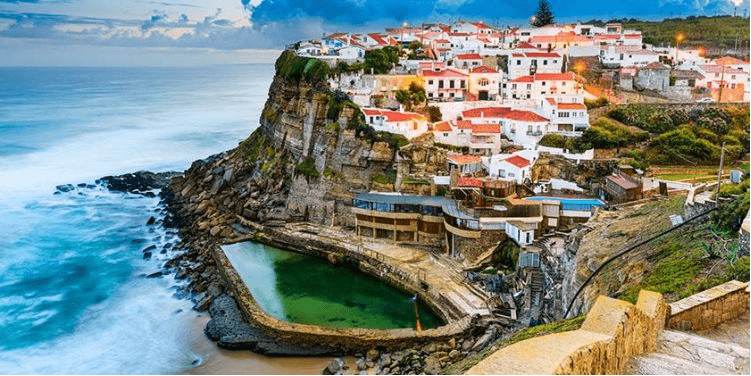 The count of citizens leaving their homeland in Ukraine because of the ongoing war with Russia continues to increase. When choosing a second home, they consider cryptocurrency policy an important factor.

Estimates from various sources put the number anywhere between 2.5 and 4 million. Data from CBS News points at roughly 3 million people leaving Ukraine. Another report hints that Portugal is shaping as a preferred destination for a range of reasons, one of which being the crypto-friendly policies of the country.

A recent Bloomberg report reveals the journey of 35-year-old Maria Yarotska from Ukraine to Portugal.

The woman drove for six days and crossed all of Europe alongside her mother, young daughter, and their dog to escape the war in her homeland Ukraine and seek refuge in the crypto-friendly country of Portugal.

Her employer is no other than NEAR Protocol, the co-founder of which is also Ukrainian.

I have a lot of colleagues here. They will help me legalize my documents so I can stay. – Yarotska said.

Besides being a crypto-friendly hub, there’s another reason for Portugal being a primary choice for Ukrainian refugees. People from the country were the fifth-largest group of foreign nationals before the war had even started. Of course, this number increased largely as in the past three weeks alone, 13,000 Ukrainians entered the country.

Portugal’s government approved certain measures to speed up and simplify the process of entering the country from those who flee the war. To put things in perspective – in the three short weeks since the conflict started, Portugal saw as many people from Ukraine entering the country as back in the whole year of 2015.

Portugal.com has an article in their business section that’s called Crypto in Portugal: A Guide to the Crypto-Friendly Country – just to give you an idea of how crypto-friendly the country really is.

In Portugal, cryptocurrencies are not regarded as an asset but as a currency. As an individual, you won’t be charged VAT or other taxes such as the Personal Income Tax. However, if you’re running a business that’s related to crypto, gains would be taxed between 28% and 35%. If you’re trading crypto as a primary means of income, taxes are the same.

Earlier in 2021, CryptoPotato also reported that one of the leading electricity retailers in the country – Luzboa – began accepting Bitcoin for payments. Also, in 2021, Lisbon was the home of one of the biggest Solana-centered conferences – BreakPoint.