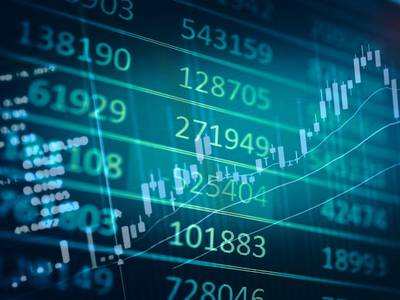 As the world’s most valuable cryptocurrency, Bitcoin has been dropping, interest in altcoin soars and gas fees on Ethereum blockchain have been surging as well.

Market Moves: Bitcoin rose over the past 24 hours, and the leading cryptocurrency by market capitalization experienced low volatility.

Technician’s Take: Bitcoin is holding support at 60K, and slowing momentum suggests a period of consolidation.

Bitcoin continued to hover comfortably above $60,00. At the time of publication, it was $62,877.06, up 2.4% in the past 24 hours. The No. 1 cryptocurrency by market capitalization experienced low volatility over the weekend, as bitcoin’s trading volume was thin across centralized exchanges tracked by CoinDesk.

Ether, the second most valued cryptocurrency, also rose over the past 24 hours. However, the transaction fees on the Ethereum blockchain are soaring. Data from BitInfoCharts shows that the average transaction fee on Ethereum was $41.5 on Saturday, nearly triple from three months ago. A few notable winners outside bitcoin in the past 24 hours were XRP (XRP), internet computer (ICP) and cosmos (ATOM). Among the biggest losers were solana (SOL) and shiba inu (SHIB). At the time of publication the price of 15 of the top 20 cryptocurrencies as listed by CoinDesk had gained.

Bitcoin (BTC) continues to trade in a tight range, although buyers appear to be holding support above $60,000. Short-term indicators are neutral, although pullbacks could be limited given a series of price breakouts over the past month.

After remaining flat on Friday, Bitcoin rose to nearly $63,000 at the time of publication of First Mover Asia, rising almost 4% over the weekend.

For now, upside momentum is slowing, which suggests a period of consolidation could persist in the short term. Eventually, indicators suggest momentum could improve to support a breakout in BTC above $65,000 based on positive historical returns in the fourth quarter.