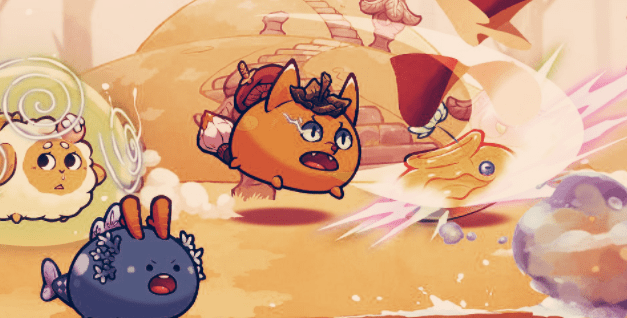 Ethereum-based monster-battling sensation Axie Infinity has shown the potential for play-to-earn gaming, but the burgeoning business model may yield many more games, players, and crypto-fueled careers in the years to come. Crypto startup Rainmaker Games aims to provide the infrastructure and connective tissue to power the on-the-rise play-to-earn industry.

Today, Rainmaker revealed that it has raised a $6.5 million seed round to build out a platform around play-to-earn games. It’s designed to connect prospective players with NFT-owning guilds and lending services, introduce gamers to new blockchain-based games, and provide tools for recruiting and managing players.

How do play-to-earn games work? Axie Infinity requires players to own at least three NFT monsters to play the game, but then it rewards those players with crypto tokens that can be swapped at crypto exchanges. An NFT acts like a receipt for a rare, verifiably unique digital item: whether they’re creatures, spaceships, weapons, or non-gaming collectibles.

The downside, however, is Axie Infinity’s NFTs can be very expensive: typically hundreds of dollars’ worth of ETH or more. It’s an investment that not all prospective players can make, but that’s where novel “scholarship” programs come in.

NFT-owning guilds loan the interactive collectibles to players in exchange for a cut of the token profits. Players can potentially earn enough to make a living in developing countries, as seen in the documentary short “Play-to-Earn,” although that is susceptible to changing token valuations—as seen with Axie’s declining SLP, which is down 90% from its July peak.

Yield Guild Games has thus far been the biggest player in the scholarship space, with thousands of players onboard and millions in funding from heavyweights like Andreessen Horowitz. However, while Rainmaker began as a guild and has its own scholars, CEO Will Deane doesn’t see Yield Guild Games and other scholarship providers as rivals.

Instead, Rainmaker is built to be “synergistic” with their aims, said Deane, providing the framework and tools for guilds to find and onboard new players, manage their scholars, and save time and money by automating typically time-intensive processes.

Rainmaker aims to connect experienced play-to-earn gamers—who have historical, on-chain data backing their skills—to guilds, while providing training to newcomers that want to get into crypto games. Once players accumulate enough experience to move past the training center, they can then interact directly with guilds and attempt to pursue a play-to-earn career.

“When we were running our guild, we realized how much time and effort was going into human management and onboarding,” said Deane. “If you look at any other industry—real estate, SAAS—everything has been optimized by tool sets. And there were no tool sets to help players get into this space, and then to help guilds find the right players.”

Despite declining value for its SLP rewards token, Axie Infinity continues to thrive. It has more than $3.6 billion worth of NFT trading volume to date, including nearly $754 million worth in November, per data from CryptoSlam. Sky Mavis co-founder and Growth Lead Jeff Zirlin also said last week at NFT BZL in Miami that the game now has 2.8 million daily players.

Amid this year’s NFT boom, however, there are many other play-to-earn games gaining steam or on the horizon. Deane said that Rainmaker is looking at current games like card-based titles Splinterlands and Alien Worlds and action game MIR4, as well as upcoming games such as sci-fi strategy sim Star Atlas and role-playing battler Illuvium.

Rainmaker will launch its RAIN token later this month and aims to debut its platform in beta in Q1 2022, with plans to create a content production studio, as well. Deane sees a “land grab” ahead in the growing play-to-earn space, and believes that gaming careers can provide sizable opportunities to players around the world.