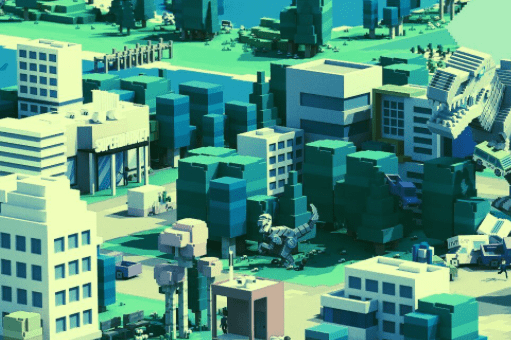 Popular Metaverse token SAND catapulted into the top fifty cryptocurrencies by market capitalization on Nov 28 at number 35, after growing 76% in the last 7 days, outperforming rival Decentraland’s native token Mana according to data from CoinMarketCap.

SAND is the native utility token for an upcoming open-world blockchain game called The Sandbox, and it has been rallying for a whole month now; it even weathered a marketwide pandemic-related crash.

Tuesday’s announcement that Adidas has a plot of land reserved in The Sandbox contributed to some of its growth this week.

However, SAND crossed the $1 mark again on October 29 this year, a day after Facebook rebranded to Meta as part of its bid to corner the metaverse.

SAND has only grown since then, to the point where it commands a price of $6.90 at the time of writing. If we put its recent performance in the wider context, that’s an increase of more than 17,000% since New Year’s Day. Back then it was barely worth 4 cents.

Tomorrow, The Sandbox opens its doors to curious crypto fans and gamers for the very first time as Animoca alpha tests the game for the next three weeks.

Starting at 1PM UTC, every gamer will have access to play three different multiplayer games in The Sandbox. A further 15 games will be available to the 5,000 lucky winners of “Alpha Pass” NFTs, which were given as prizes over the last fortnight.

SAND’s price often rises and falls in tandem with another metaverse token called MANA. MANA is the native token for another open-world game called Decentraland, which launched in February last year. MANA suffered an overnight loss of 4.5% today as Bitcoin and Ethereum post losses of around 10%, though it’s still up 22%.  After months of coverage, the world will finally peer into The Sandbox tomorrow. No doubt there’ll be a few surprises.