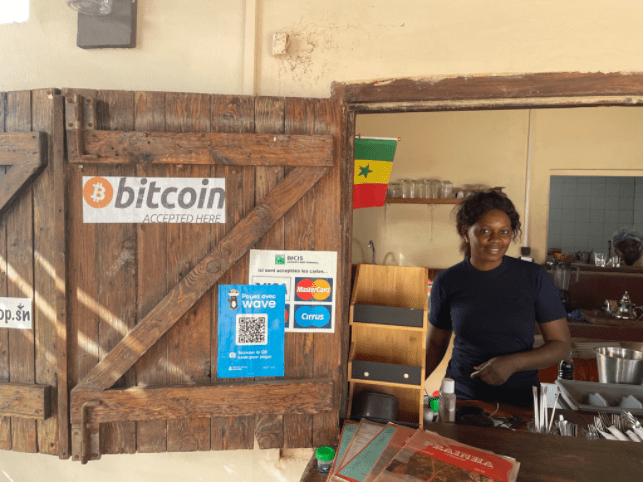 A merchant that accepting Bitcoin in West Africa. Source: Cointelegraph

Cryptocurrency adoption in Africa is on the march, despite socioeconomic factors and headwinds. A positive report by a cryptocurrency exchange shows that crypto transactions increased by up to 2,670% in 2022.

An astonishing growth trend, the steep influx relates to the low values that have been observed during previous periods. The number of crypto transactions in Africa constitutes roughly 2.8% of global volumes.

Johnny Lyu, CEO of the exchange, told Cointelegraph that “the adoption of digital assets in Africa will continue to grow exponentially,” adding that “African countries have the highest crypto adoption rate in the world, outperforming even the biggest regions such as the United States, Europe and Asia.”

Nourou, founder of Bitcoin Senegal, is convinced that the thousand percent growth rates for Bitcoin (BTC) adoption “will continue in coming years.”

“Take a look at the way in which cars, mobile phones and consumer electronics took off on the continent. Africa is a continent where lightning-fast progression and adoption is common.” 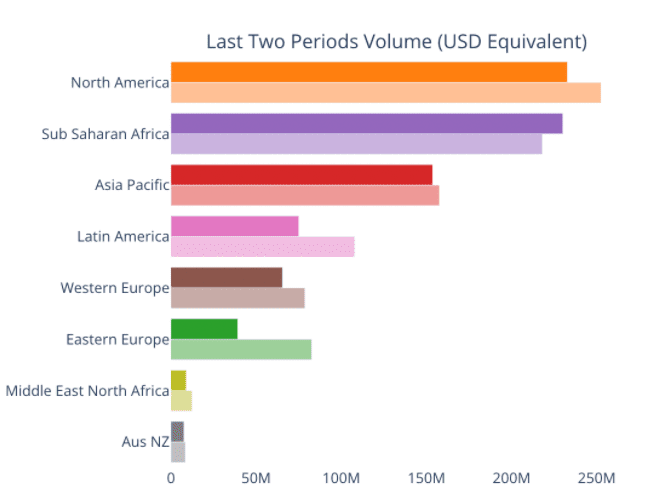 In particular, the report cites that “more than 88.5% of cryptocurrency transactions made by Africans are cross-border transfers.” Low fees mean that “users pay less than 0.01% of the overall amount of the transaction transferred in cryptocurrencies.”

From high inflation levels and swelling smartphone penetration — effectively allowing anyone to become their own bank — Africa also has a young and digitally native population that is accustomed to digital currencies. Africa is a robust testing ground for the problems which cryptocurrencies attempt to solve.

Lyu did add a note of caution to the staggering growth levels: “That rate of growth can depend on both local policy-makers and separate officials’ stances on cryptocurrencies. Still, I believe that a promising future for digital money in Africa is inevitable.”

In Central and West Africa, for example, BTC adoption is growing against a backdrop of mistrust and discomfort using the local currency, the CFA. Cointelegraph has previously analyzed the state of crypto adoption in Africa, noting that “economic opportunities presented by the region are immense.”

For Lyu, Africa is in an interesting position given that the combination of “growing inflation, high unemployment rates, poor access to bank services and enormous fees for international payments,” creates an environment conducive to crypto adoption. Ultimately: “Financial problems the region is experiencing are forcing people to look for new instruments and technologies that can give them some of the economic freedom they currently lack.”

In the long-term, Africa hosts a wealth of advantages “which cannot but contribute to the widespread use of digital assets among locals.” The median age in Africa is very low — at just 19 years old — and over 40% of the population is urban.

“Another positive phenomenon is the growing technological awareness of the local population, with many young people exploring programming and internet technologies.”