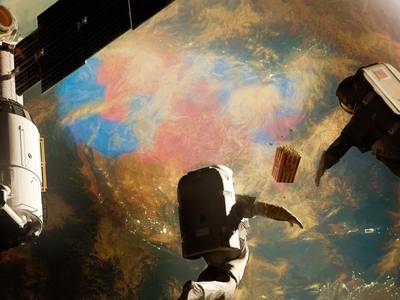 Founded for 175 years, the Associated Press has been a reliable news organization, providing fast and accurate reporting services around the world. NFT is where tradition meets the future as well as connects the past. AP is collaborating with Metalist Lab to drop a unique series of collectibles on the NFT market.

The Associated Press launched a collection of non-fungible tokens (NFTs) on Binance’s marketplace, according to a Binance press release.

The collection, dubbed “Unique Moments,” features digitized versions of photos and news wires based on the AP’s reporting on historical moments of the last century. Examples include Japan’s World War II surrender, Nelson Mandela’s inauguration and the discovery of Pluto.

The AP confirmed the news in a tweet late on Monday. The news agency didn’t respond to CoinDesk’s request for comment as of press time.

The NFTs are available as mystery boxes, each priced at 29 BUSD (Binance’s stablecoin). There are four different levels of rarity, including normal, rare, super rare and super super rare.

Buyers who collect one normal, one rare and one super rare item, but also don’t sell them until 11:59 p.m. UTC on Oct. 25 will have a shot at winning another NFT that “symbolizes the AP’s reach in the world.”

The collection will be released at noon UTC time on Thursday, and each Binance account can buy up to 25 boxes.

The collection is curated by Metalist Lab, an Australian NFT publisher that has previously worked with Chinese video game company NetEase. Metalist Lab announced the news on Oct. 8.

The AP sold an NFT artwork for $180,000 in ether in March. The New York Times and The New Yorker have also sold NFTs. Binance launched its NFT marketplace in June.