As digital asset markets have shed significant value during the last two weeks, the top meme coins by market capitalization have dropped considerably against the U.S. dollar. The top meme asset Dogecoin has lost 23.9% over the last seven days, while Shiba Inu’s value was reduced by 31.1% this week.

Dogecoin Down 80% Since All-Time High, Shiba Inu Down 75% Since High

On Monday, January 24, 2022, the top meme coins by market capitalization have lost 3.1% over the last day. Currently, the myriad of meme tokens today account for $36 billion of the $1.7 trillion crypto economy. Dogecoin (DOGE) has lost 23.9% this past week, and roughly 27.6% over the last month. To date, Dogecoin is still up 1,486% against the U.S. dollar since this time last year. 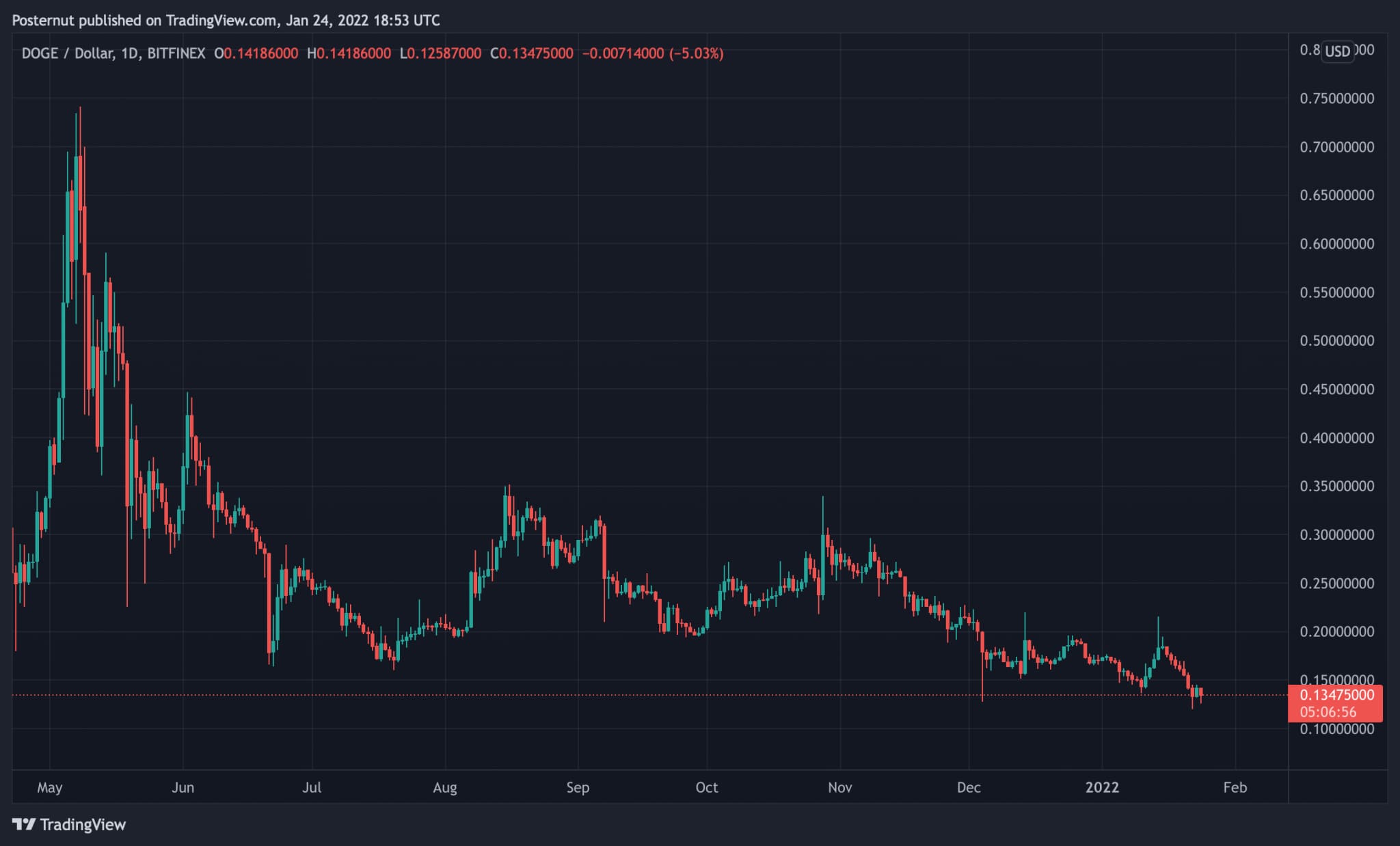 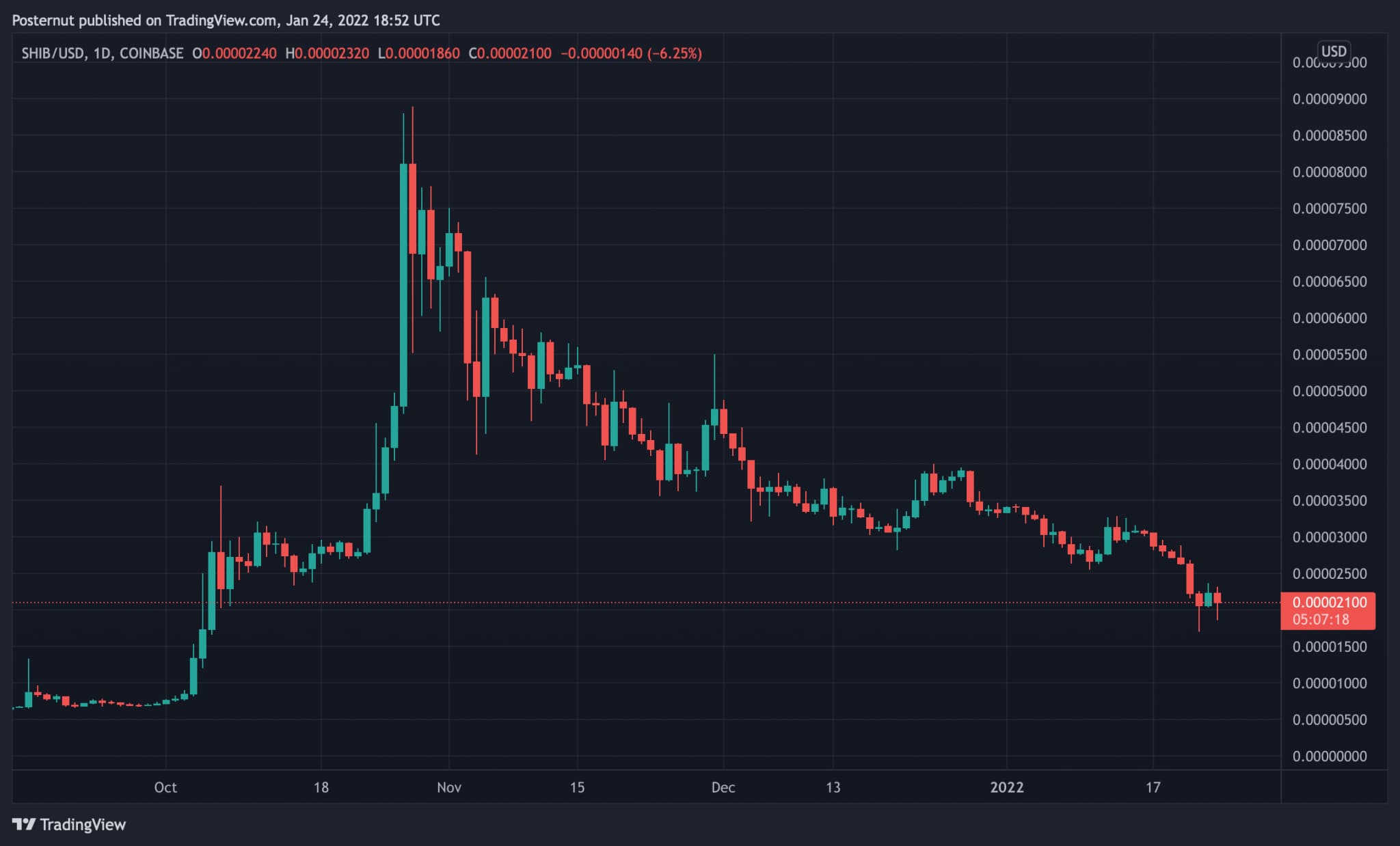 Dogecoin and Shiba Inu are not the only meme coins that saw significant weekly dumps percentage-wise. Baby Doge coin (BABYDOGE) shed 32.5% this past week and Spell token (SPELL) lost 52.9% over the last seven days. However, a relatively unknown token called Boxer Inu (BOXER) managed to climb 108.6% this week.

Below BOXER was the old version of HotDoge, which gained 11.1% during the week. Vitoge, Luni, and Smugdoge also gained between 3% to 4.8% during the last week. Jomon Shiba, Cat token, and Meta Doge lost the most this week, shedding between 58% to 58.9% in value against the U.S. dollar.

A lot has changed in the last year as far as meme coins are concerned as Dogecoin’s market cap was once larger than today’s entire meme token economy. The large variety of DOGE and SHIB clones may have also affected these two coins as people attempted to find the next Dogecoin king. Today there are over two dozen meme coins with the term “DOGE” involved and another two dozen with the term “SHIB” involved in the token’s name.