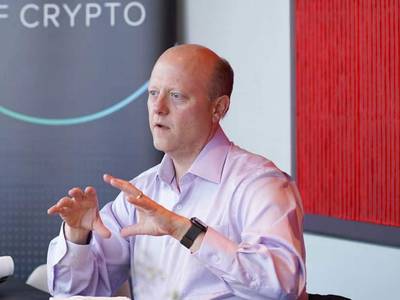 The supporter of the USDC stablecoin, Circle revealed on Monday that it received a subpoena from the U.S. Securities and Exchange one month after Circle began onboarding corporate USDC holders into its first high-interest yield product.

Circle, a key supporter of the USDC stablecoin, said in regulatory filings that it received an “investigative subpoena” from the SEC’s Enforcement Division in July 2021. That subpoena requests “documents and information regarding certain of our holdings, customer programs, and operations,” the filing said.

“We are cooperating fully with their investigation,” Circle said in the filing, issued as part of a plan to go public. In the documents, it did not elaborate on what the SEC’s investigation was focused on. Circle did not return a request for comment by press time.

The subpoena arrived one month after Circle began onboarding corporate USDC holders into its first high-interest yield product, Circle Yield. It pitched U.S. corporations on a “well regulated” crypto yield product in a subsequent announcement that boasted of Bermudan licenses.

That was more than Coinbase, the other member of the USDC-issuing Centre Consortium, could tout when the SEC effectively iced the exchange’s planned lending program last month. Gary Gensler’s SEC has come out swinging at crypto all this year, repeatedly arguing for more enforcement authority.

Circle first disclosed the investigation’s existence in an August filing that went largely unnoticed at the time.

It’s not the firm’s first disclosed run-in with the SEC as it prepares to go public in a SPAC deal valuing the company at $4.5 billion.

Circle said in August it agreed to pay the SEC over $10 million to settle charges that its one-time subsidiary, Poloniex, was operating as an unregistered digital asset exchange.