An example of an automated market maker (AMM), Uniswap launched in November 2018, but has gained considerable popularity this year thanks to the DeFi phenomenon and associated surge in token trading.

Uniswap aims to keep token trading automated and completely open to anyone who holds tokens, while improving the efficiency of trading versus that on traditional exchanges.

In September 2020, Uniswap went a step further by creating and awarding its own governance token, UNI, to past users of the protocol. This added both profitability potential and the ability for users to shape its future — an attractive aspect of decentralized entities.

Uniswap is an Ethereum-based decentralized financial exchange(DEX) initiated by Hayden Adams. Uniswap allows users to swap any Ethereum token for any other Ethereum token without a central body or a middleman. Until now, there are three versions of the Uniswap protocols that are deployed on the Ethereum Blockchain. Uniswap Version 1, launching in November 2018, allowed trading of any ERC-20 token to Ether and back. Released in May 2020, Uniswap V2 letting the trading of ERC-20 tokens directly between one another without having to trade with Ether became available. V3, launched in May 2021 adds more effective features like concentrated liquidity and multiple fee tiers to make Uniswap serve as critical infrastructure for DeFi. 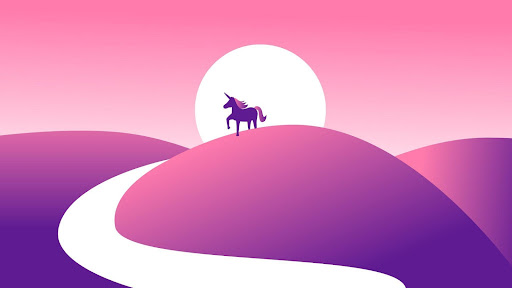 The pricing mechanism is called the “Constant Product, Market Maker Model”, a variation of the original AMM that makes Uniswap differ from other DEX platforms. No matter how large or how tiny the order size is it can always provide liquidity.

The key formula employed by Uniswap is x *y = k, where x and y are the coin quantities in the liquidity pool, and k is the product. In order to keep k constant x and y can only move inverse each other.

Liquidity Pools on Uniswap are pairs of Ether and ERC-20 tokens that are swapped and exchanged by traders with small fees. In other words, Liquidity Pools are the trading venue for Uniswap users. Those who add assets to these pools are known as Liquidity Providers(LPs) and can earn a proportion of the transaction fees for their contribution. Merchants pay some tax to the pool that is then disseminated to the LPs depending on their share of the pool. Whether a user wants to be an LP or merchant, the one only needs to connect their ERC-20 wallet such as Metamask to Uniswap and then can start exchanging their assets. Uniswap is the largest DEX in the crypto world with the market capitalization of UNI token.

Uniswap introduced the UNI token through an airdrop in September, 2020 allowing every person who used Uniswap service before September 1 to receive 400 UNI tokens without any fee. UNI was not designed to be used as a currency even though it has risen tremendously in value. It was a governance token, letting whoever owns it have an impact and vote on influential development decisions.

The voting power depends on how many coins the one holds. The purpose obviously is to leave the management of the project to the token holders and then the founding team of Uniswap can increasingly retreat from the involvement. With a market capitalization of $15.3 billion, UNI is ranked the 12th largest cryptocurrency for now.