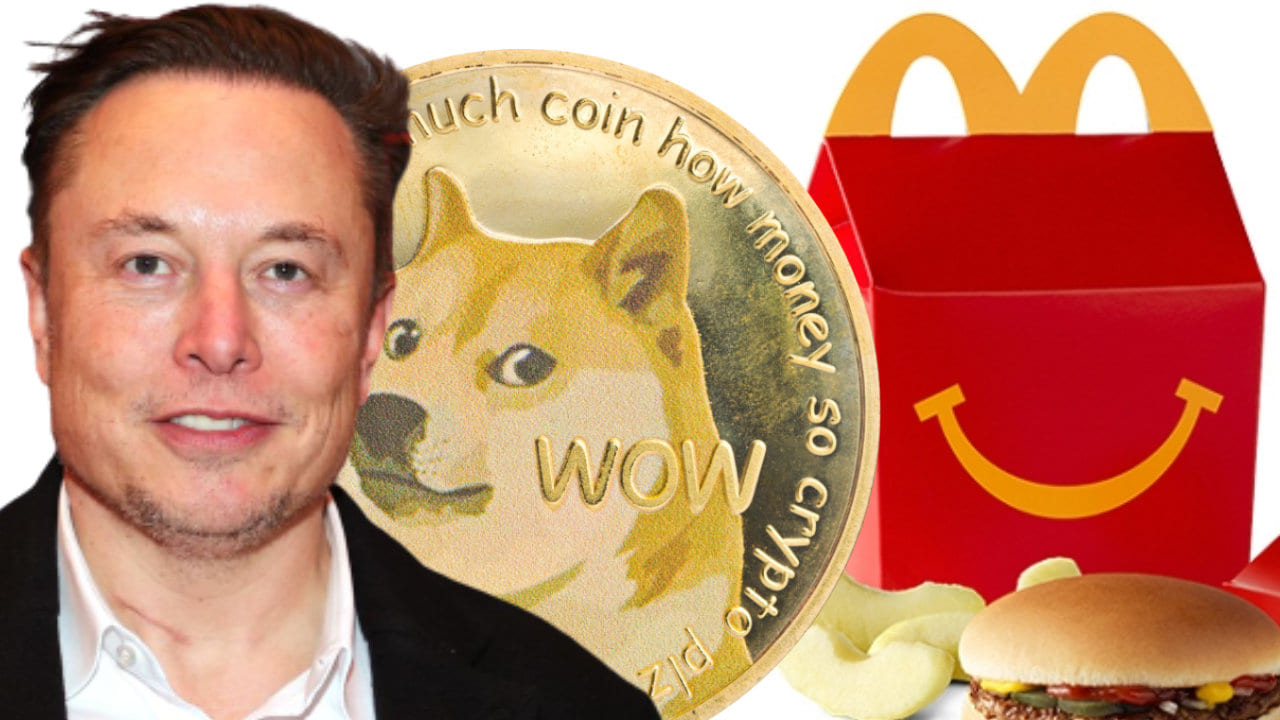 Elon Musk says that he will eat a happy meal on television if McDonald’s accepts the meme cryptocurrency Dogecoin (DOGE). However, McDonald’s replied, “only if Tesla accepts Grimacecoin.” Musk’s statement followed a tweet by McDonald’s asking how crypto Twitter is doing.

Tesla and Spacex CEO Elon Musk offered to eat a McDonald’s happy meal on television if the fast-food restaurant chain accepts Dogecoin (DOGE) in a tweet Tuesday. At the time of writing, his tweet has been retweeted 34.3K times and liked 229.1K times.

Many people expressed their excitement on Twitter, promising that they will eat at McDonald’s more often if the restaurant chain accepts DOGE. Some said they will only pay at McDonald’s with the meme coin if that happens. A few people asked McDonald’s to consider accepting other coins, like shiba inu (SHIB).

The price of DOGE pumped slightly after Musk’s tweet. The price of Dogecoin was $0.1359 at that time. It quickly popped more than 10% to $0.1496, based on data from Bitcoin.com Markets. However, the meme coin lost some of its gains and fell to $0.1419 at the time of writing.

The official Twitter account for McDonald’s tweeted in reply to Musk. “Only if Tesla accepts Grimacecoin,” the fast-food restaurant tweeted to the Tesla boss. Grimace is a fluffy, purple character who tags along with Ronald McDonald in McDonaldland commercials.

McDonald’s has also recently been tweeting about cryptocurrency in general. The company has pinned a tweet it made Monday that reads: “how are you doing people who run crypto Twitter accounts.” Many people have been posting memes about McDonald’s and cryptocurrency, particularly when prices fall.

Musk, who was recently named Time Magazine’s Person of the Year, has been a longtime supporter of the meme cryptocurrency. He is also known in the crypto community as the Dogefather. He previously said that he personally owns Dogecoin and thinks that the meme coin is the people’s crypto.

The Tesla boss has said that Dogecoin is the best cryptocurrency for transactions. In contrast, he said bitcoin is more suited as a store of value. In addition, his electric car company, Tesla, began accepting Dogecoin payments for some merchandise last week.