Stellar is an open network that allows money to be moved and stored. When it was released in July 2014, one of its goals was boosting financial inclusion by reaching the world’s unbanked — but soon afterwards, its priorities shifted to helping financial firms connect with one another through blockchain technology.

The network’s native token, lumens, serves as a bridge that makes it less expensive to trade assets across borders. All of this aims to challenge existing payment providers, who often charge high fees for a similar service.

If all of this sounds familiar, it is worth noting that Stellar was originally based on the Ripple Labs protocol. The blockchain was created as a result of hard fork, and the code was subsequently rewritten.

Stellar Development Foundation, founded in 2014 by Jed McCaleb is a blockchain-based distributed ledger that connects banks and payment systems. Stellar is dedicated to make it easier to create, send and trade digital representations of all forms of money and allows users to transfer digital currency to fiat money domestically and cross-borders. The main focus of Stellar is in the realms of remittances and bank loans to the unbanked. Stellar received initial funding from Stripe and donations from BlackRock, Google and FastForward. The blockchain’s cryptocurrency is Lumen whose symbol on the market is XLM. Lumen now is one of the top 25 cryptocurrencies with a market capitalization slightly shy of $7.5 billion. 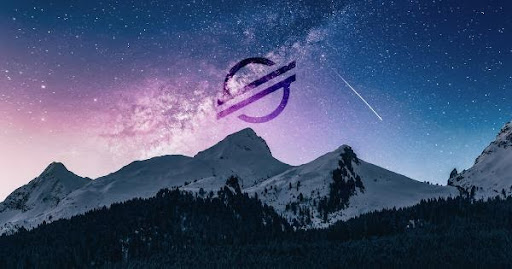 Stellar, an open-source payment technology whose aim is to connect financial institutions and reduce the cost and time needed for cross-border transactions. Compared to Ripple which was founded by Jed McCaleb as well, Stellar focuses on developing markets and has multiple uses.

The Stellar network runs with decentralized servers with a distributed ledger that is updated per 2 to 5 seconds among all nodes. What makes Stellar stand out is the feature of consensus protocol, namely Stellar Consensus Protocol.

The Stellar Consensus Protocol employs the Federated Byzantine Agreement algorithm instead of the entire miner network to approve transactions and only “quorum slices” needed to approve and validate transactions.

Quorum is a set of nodes to reach an agreement and a quorum slice means a subset of a quorum which can convince one particular node about the agreement.

A Stellar user can send dollars to another user by dollar tokens. These tokens live on the Stellar blockchain, having the same price as the dollar. Stellar does not privilege any particular currency but instead can be used to tokenize any currency in the world. Hence, on the Network the users can have euro token, yen token and even gold, silver, shares. The tokenization process is integrated into the Protocol.

Stellar attracts lots of attention after revealing partnership with IBM in setting up multiple currency corridors among nations in the South Pacific including Australia and Fiji. The partnership enables connections between SMEs, nonprofits and local banking institutions to facilitate commercial transactions. Another prominent cooperation can be dated back to 2016 that the global consulting firm Deloitte partnered with Stellar to develop a payment App.

The native digital currency on Stellar is Lumen or XLM which is often used to pay transaction fees but it also acts as an intermediary currency that allows it to execute trades.

Stellar lets one type of currency be sent from one user and arrives as a different currency to another user. The Network would see if the straight currency swap is available; otherwise it would check if there is a demand for the initial currency from a XLM holder and then the initial user can acquire the Lumens first and search for a pair of XLM and the destination currency. What makes the mechanism work is “anchors'' within the Stellar network. Through anchors, Stella can hold a deposit and issue the credit in a different currency. Stellar anchors assets, decentralizes the exchange and scalable consensus model makes transferring easier and cheaper.

Stellar issued 100 billion of XLM tokens and the total supply would increase 1% every year until 105 billion in circulation but the total supply is just 50 billion at present. To avoid bad actors spamming the network XLM burns 0.00001 XLM every time a transaction is made.