Aave is a decentralized finance protocol that allows people to lend and borrow crypto.

Lenders earn interest by depositing digital assets into specially created liquidity pools. Borrowers can then use their crypto as collateral to take out a flash loan using this liquidity.

Aave (which means “ghost” in Finnish) was originally known as ETH Lend when it launched in November 2017, but the rebranding to Aave happened in September 2018. (This helps explain why this token’s ticker is so different from its name!)

AAVE provides holders with discounted fees on the platform, and it also serves as a governance token — giving owners a say in the future development of the protocol. 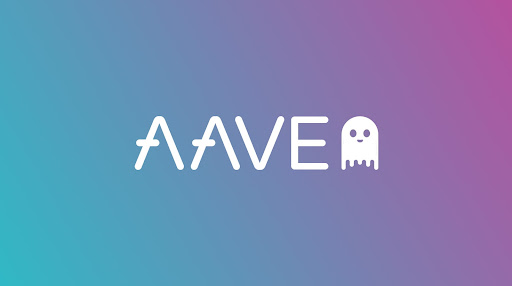 Running on the Ethereum blockchain, Aave is a decentralized finance application that allows users to lend and borrow cryptocurrencies in turn for getting and paying fees. Basically, Aave is a P2P crypto lending platform where an algorithm is applied to determine lending rates and to match the lenders to borrowers.

Aave also has a native $AAVE token which is an Ethereum token powering the governance on the platform. It means the holders of $AAVE can vote on changes to the application.

A team of developers created ETH Lend in 2017 and it later evolved to Aave. The team created an exclusive platform that matched lenders to different borrowers but it was not automatic. The borrowers had to wait for a lender to meet them and back then the ETH Lend faced two most essential issues. One is liquidity, meaning the amount of money in the ETH Lend system and the second one is the matching mechanism.

That’s why in 2020 the team overhauled the old ETH land and created Aave, utilizing smart contracts that run automatically. How?

Aave raised $16.2M in its initial coin offering in November 2017 and the old protocol’s coin $LEND was replaced with $AAVE three years later in 2020.

For anyone who is interested in the name of Aave, it is in fact a Finnish word which means ghost. The developers chose it for branding on purpose because whether users lend or borrow any assets, it is absolutely anonymous.

On the Aave platform, users can lend cryptoto Aave who would in turn pay you interest. Aave lenders earn interest-bearing tokens named aTokens. If you deposit/lend ETH, you will earn an ETH which is pegged 1:1 to the value of the underlying deposited asset.

On the contrary, users can borrow crypto from it as well. Before you start the journey on DeFi platforms, you had better know what overcollateralized loans are.

Aave has one specific feature called Flash Loans which can be settled instantly with a low fee of 0.09%. It requires no upfront collateral but should be paid back within the same block.

It goes with three steps:

---Borrow crypto from one of Aave’s lending pools

---The parameters for the loan executed on the Ethereum blockchain

If the loans are not repaid in time(within the same block as mentioned earlier), the transaction and all subsequent transactions that were performed with it will be reversed or cancelled.

AAVE’s native token is an ERC-20 token, providing utility for several functions. First of all, governance. AAVE holders enjoy the power to decide on the future direction of the protocol by voting on the AAVE Improvement Proposals.

Secondly, users can stake AAVE within the protocol to earn staking rewards. Borrowers who use AAVE as collateral also get discounted fees on the platform. With a burning mechanism, AAVE is burned whenever users pay fees on the protocol, making it a deflationary token and its maximum supply is 16 million coins.

AAVE hit ATH in mid May last year with $666.86 but its value has experienced downturn pressure at around $153 in late January 2022. According to Defi Pulse, AAVE is still on the list of top 5 DeFi platforms with $20.9B worth of TVL(Total Value Locked).

PreviousAxie Infinity is a Blockchain-based Trading and Battling GameNextDogecoin is a based on the popular "doge" Internet meme cryptocurrency
Market
AAVE+2.24%
82.1 USDTGo trade
AAVE+1.16%
0.0519 ETHGo trade
Other articles