Bitcoin Cash is a peer-to-peer electronic cash system that aims to become sound global money with fast payments, micro fees, privacy, and high transaction capacity (big blocks). In the same way that physical money, such as a dollar bill, is handed directly to the person being paid, Bitcoin Cash payments are sent directly from one person to another.

Currently sitting as one of the top 20 cryptocurrencies in the world, Bitcoin Cash has a market capitalization of more than 11.9 billion US dollars. As suggested by its name, Bitcoin Cash was the result of a disagreement among Bitcoin developers and users. Therefore, to understand what Bitcoin Cash is and how it has walked on the crypto stage, you should understand the background of the use of Bitcoin first and the answer of the above questions would be answered further below. 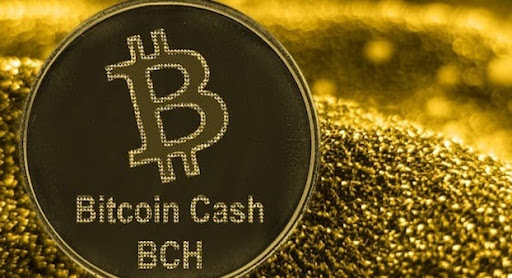 Born in August, 2017, BCH stands for Bitcoin Cash. Bitcoin Cash in fact is a hard fork of the original Bitcoin but there are a number of differences between the two. As another peer-to-peer-based electronic payment instrument, BCH offers trading to be processed without incurring lengthy delay and expensive costs which are what Bitcoin has become since its popularity. Despite its fame and market cap, Bitcoin Cash is not as easy as Bitcoin to spend since it does not enjoy the same level of adoption among merchants.

The reason behind the birth of BCH is to address the issue of scalability. As Bitcoin enjoys its growing fame, it becomes progressively expensive and unreliable. With the rising transaction volume, the Bitcoin blockchain fails to cope efficiently and results in execution delays and elevated fees.

The core of contention was “block size,” which is relevant for the volume of transactions that can be processed per second. Transactions consist of data which means that a larger block permits more transactions to be included in each block. According to the Bitcoin protocol, each block was limited to 1 million bytes. Since the Bitcoin users become more and more, race for the limited block size drives the rise of transaction fees and prolonged processing time.

Therefore the segregated witness(Segwit) came into play in 2017. Segwit was aimed at increasing Bitcoins’s capacity to process by reducing the size of transactions in a block. Segwit sceptics however believed in upgrading Bitcoin’s maximum block size from 1 million bytes to 8 million bytes and later on in 2018 the maximum block size for BCH was increased to 32MB. The Bitcoin community failed to agree on the change and a hard fork of the Bitcoin blockchain was released on August 1, 2017 and the new-born blockchain was called Bitcoin Cash.

Differences between BTC and BCH

As a Bitcoin block is limited to 1 MB, a Bitcoin Cash block is up to 32 MB. The larger block size indicates that the volume of transactions that BCH network can process on the chain is larger. Thus BCH can process transactions faster than the Bitcoin network, meaning no more prolonged waiting time and lower transaction processing fees.

To enable more complex functions, BCH developers can use smart contract languages such as Cashscript which opens the possibility of decentralised finance or DeFi applications.

BCH developers are able to issue tokens that live on the Bitcoin Cash chain with Simple Ledger Protocol which support Non-Fungible Tokens (NFTs) as well.