Bitcoin is a decentralized cryptocurrency originally described in a 2008 whitepaper by a person, or group of people, using the alias Satoshi Nakamoto. It was launched soon after, in January 2009.

Bitcoin is a peer-to-peer online currency, meaning that all transactions happen directly between equal, independent network participants, without the need for any intermediary to permit or facilitate them. Bitcoin was created, according to Nakamoto’s own words, to allow “online payments to be sent directly from one party to another without going through a financial institution.”

Some concepts for a similar type of a decentralized electronic currency precede BTC, but Bitcoin holds the distinction of being the first-ever cryptocurrency to come into actual use.

Not only is Bitcoin the first cryptocurrency, but it’s also the best known of the more than 5,000 cryptocurrencies in existence today. Financial media eagerly covers each new dramatic high and stomach churning decline, making Bitcoin an inescapable part of the landscape. 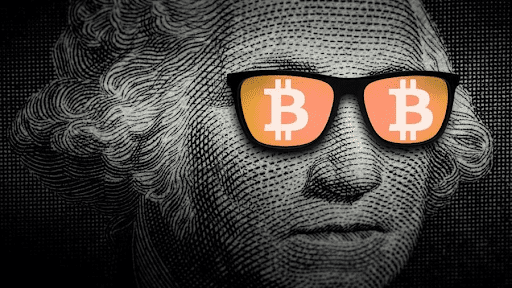 Bitcoin is a decentralized digital currency that you can buy, sell and exchange directly, without an intermediary like a bank. Bitcoin’s creator, Satoshi Nakamoto, originally described the need for “an electronic payment system based on cryptographic proof instead of trust.”

Each and every Bitcoin transaction that’s ever been made exists on a public ledger accessible to everyone, making transactions hard to reverse and difficult to fake. That’s by design: Core to their decentralized nature, Bitcoins aren’t backed by the government or any issuing institution, and there’s nothing to guarantee their value besides the proof baked in the heart of the system.

Since its public launch in 2009, Bitcoin has risen dramatically in value. Because its supply is limited to 21 million coins, many expect its price to only keep rising as time goes on, especially as more large,  institutional investors begin treating it as a sort of digital gold to hedge against market volatility and inflation.

Bitcoin’s whitepaper was published pseudonymously in 2008 by an individual, or a group, with the pseudonym “Satoshi Nakamoto”, whose underlying identity has still not been verified.

The Bitcoin protocol uses an SHA-256d-based Proof-of-Work (PoW) algorithm to reach network consensus. Its network has a target block time of 10 minutes and a maximum supply of 21 million tokens, with a decaying token emission rate. To prevent fluctuation of the block time, the network's block difficulty is re-adjusted through an algorithm based on the past 2016 block times.

How Does Bitcoin Work?

Bitcoin is built on a distributed digital record called a blockchain. As the name implies, blockchain is a linked body of data, made up of units called blocks that contain information about each and every transaction, including date and time, total value, buyer and seller, and a unique identifying code for each exchange. Entries are strung together in chronological order, creating a digital chain of blocks.

How Does Bitcoin Mining Work?

Bitcoin mining is the process of adding new transactions to the Bitcoin blockchain. It’s a tough job. People who choose to mine Bitcoin use a process called proof of work, deploying computers in a race to solve mathematical puzzles that verify transactions.

To entice miners to keep racing to solve the puzzles and support the overall system, the Bitcoin code rewards miners with new Bitcoins.

Bitcoin is perfectly legal in most countries. There are a handful of exceptions, though – be sure to read up on the laws of your jurisdiction before investing in cryptocurrency.

In countries where it’s legal, government entities take varying approaches to it where taxation and compliance are concerned. The regulatory landscape is still highly underdeveloped overall and will likely change considerably in the coming years.

PreviousPolygon is the first well-structured, easy-to-use platform for Ethereum scaling and infrastructure developmentNextChilliz is a network optimized for sports and entertainment engagement
Market
BTC+1.35%
23129.17 USDTGo trade
Other articles