Cardano is a proof-of-stake blockchain platform that says its goal is to allow “changemakers, innovators and visionaries” to bring about positive global change.

Cardano was founded back in 2017, and named after the 16th century Italian polymath Gerolamo Cardano. The native ADA token takes its name from the 19th century mathematician Ada Lovelace, widely regarded as the world’s first computer programmer. The ADA token is designed to ensure that owners can participate in the operation of the network. Because of this, those who hold the cryptocurrency have the right to vote on any proposed changes to the software.

The team behind the layered blockchain say that there have already been some compelling use cases for its technology, which aims to allow decentralized apps and smart contracts to be developed with modularity.

Cardano is used by agricultural companies to track fresh produce from field to fork, while other products built on the platform allow educational credentials to be stored in a tamper-proof way, and retailers to clamp down on counterfeit goods. 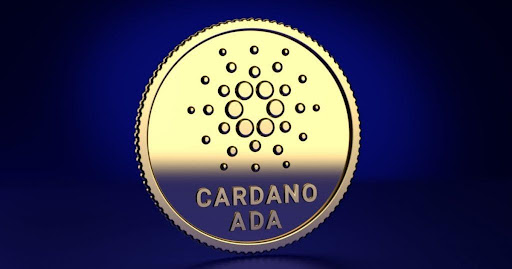 After two years of development, Cardano launched in September 2017. In terms of market capitalization, Cardano is now the third largest cryptocurrency. The founder of Cardano is Charles Hoskinson who is also the co-founder of Ethereum. Hoskinson claimed that Cardano would be the third generation of blockchain. The proof-of-stake platform Cardano aims to be a decentralized application development platform with a multi asset ledger and verifiable smart contracts. Cardano’s native token is ADA in memory of the 19-century English mathematician, Ada Lovelace who is recognized as the first computer programmer in the world. For the reasons behind the birth and rise of the Cardano ecosystem, we need to go back to the start, what is Cardano?

The first generation crypto or crypto 1.0, Bitcoin is viewed as digital gold. Ethereum is considered as crypto 2.0 whose most distinctive feature is smart contract. Both the first two generations of blockchain are thought to be inefficient. As the co-founder of the proof-of-work blockchain Ethereum, Chrles Hoskinson understood the flaws and challenges to blockchains. Therefore, Crypto 3.0, Cardano was  born to address the issues of scalability, interoperability and sustainability.

Proof of Stake aka Ouroboros

Scalability consists of three main tasks to tackle which are transactions per second and network bandwidth. To become a global payment system, Cardano needs to expand the number of transactions it can handle per second and it answers the question by adopting the proof-of-stake protocol or Ouroboros.

Compared to the proof-of-work protocol that lets everyone mine new blocks, Cardano network elects just a few nodes, slot leaders to mine the next blocks. Cardano divides physical time into epochs and each epoch is split into slots. Slots are a short period of time in which a block can be created. The elected slot leader can only mine a block for the particular slot. There is a slot every 20 seconds, and each epoch consists of 21,600 slots. That means there is a  new epoch every 5 days. The network can run multiple epochs in parallel.

By definition, the Proof of Stake concept states that a miner can mine or validate block transactions according to how many coins they hold. Therefore the more coins a miner owns, the more mining power the miner has. The proof-of-model means that every miner has a vested interest and intrigues all of the involved to come together for the common good of the network.

Blockchain are stored in a P2P network and each node receives a copy of all new transactions. Cardano split up the network into subnetworks by using Recursive InterNetwork Architecture, RINA that addresses the problem of bandwidth. Each node will be part of a particular subnetwork and communicate with other networks if needed.

Cardano pictures that in the future multiple cryptocurrencies will exist side by side and they can be transformed without an intermediate. Carndano aspires to be the “internet of blockchains”, connecting all the cryptocurrencies together which means users can seamlessly move assets across multiple chains.