Decentraland (MANA) defines itself as a virtual reality platform powered by the Ethereum blockchain that allows users to create, experience, and monetize content and applications.

In this virtual world, users purchase plots of land that they can later navigate, build upon and monetize.

Decentraland was launched following a $24 million initial coin offering (ICO) that was conducted in 2017. The virtual world launched its closed beta in 2019 and opened to the public in February 2020. Since then, users have created a wide range of experiences on their parcels of LAND, including interactive games, sprawling 3D scenes and a variety of other interactive experiences.

Decentraland uses two tokens: MANA and LAND. MANA is an ERC-20 token that must be burned to acquire non-fungible ERC-721 LAND tokens. MANA tokens can also be used to pay for a range of avatars, wearables, names, and more on the Decentraland marketplace.

Days ago, a plot of LAND on Deentraland sold for a record high price US$2.4 Million worth of the in-game cryptocurrency MANA. Singers from all over the world were holding concerts in the metaverse of The Decentraland where a century-old auction house also displayed the art pieces. So what on earth is Decentraland? 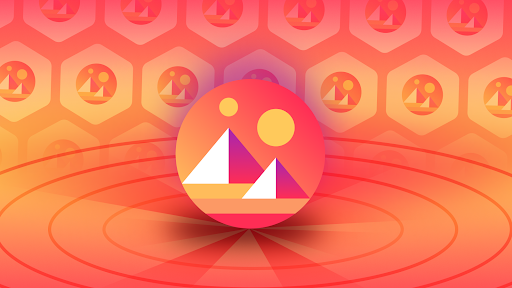 Created in 2015 by Argentinian blockchain experts Ari Meilich and Esteban Ordano, Decentraland was officially launched in 2017 and runs on Ethereum blockchain. It is a 3D virtual reality gaming platform that is pretty much like what people call the “Metaverse”. Both of the two founders have stepped down from the leading roles but still serve as advisors to the project. Decentraland now is managed by the foundation New Decentraland DAO.

As described in its whitepaper, Decentraland is a virtual world where users can buy, develop and sell LAND which represents as a format of an non-fungible ERC-721 token. Purchasers of LAND on the platform can choose what content they would like to show on their portion of LAND. Users can even build their own interactive games on it. To purchase LAND assets, users have to own the in-game token MANA first. Leading Exchanges including, Bianance, FTX, FAMEEX and OKEx have listed MANA already.

The in-game marketplace enables players to sell or buy their LAND assets which are priced in MANA.

Decentraland builds three layers in its protocol which are the consensus layer, the LAND content layer and the real-time layer. The consensus layer maintains a ledger tracking land ownership. LAND ownership is established at this layer and each parcel of LAND refers to a unique coordinate. The LAND content layer controls every move within each parcel. And the real-time layer is enabling users to connect to each other with voice chat and messaging functions.

The Digital Assets LAND and MANA

The ERC-20 token MANA is the Decentraland’s native currency which has multiple uses, including in-game purchases of goods and services and governance. Any issues regarding the community can be voted on Decentraland’s voting decentralised application (dApp). Ranked number one by market capitalization, MANA has a fixed supply of around 2.2 billion tokens and now there are more than 1.8 billion MANA in circulation.