Litecoin (LTC) is a cryptocurrency that was designed to provide fast, secure and low-cost payments by leveraging the unique properties of blockchain technology.

To learn more about this project, check out our deep dive of Litecoin.

The cryptocurrency was created based on the Bitcoin (BTC) protocol, but it differs in terms of the hashing algorithm used, hard cap, block transaction times and a few other factors. Litecoin has a block time of just 2.5 minutes and extremely low transaction fees, making it suitable for micro-transactions and point-of-sale payments.

Litecoin was released via an open-source client on GitHub on Oct. 7, 2011, and the Litecoin Network went live five days later on Oct. 13, 2011. Since then, it has exploded in both usage and acceptance among merchants and has counted among the top ten cryptocurrencies by market capitalization for most of its existence.

The cryptocurrency was created by Charlie Lee, a former Google employee, who intended Litecoin to be a "lite version of Bitcoin," in that it features many of the same properties as Bitcoin—albeit lighter in weight.

Litecoin is an open-source, peer-to-peer digital currency launched in 2011, two years after Bitcoin by former Google engineer Charlie Lee. Ranked by the market capitalization, Litecoin is the 15th-largest cryptocurrency. Litecoin shares many similarities with Bitcoin and in fact when Charlie Lee announced the debut of LItecoin on a famous Bitcoin forum, he referred to it as “the lite version” of Bitcoin. 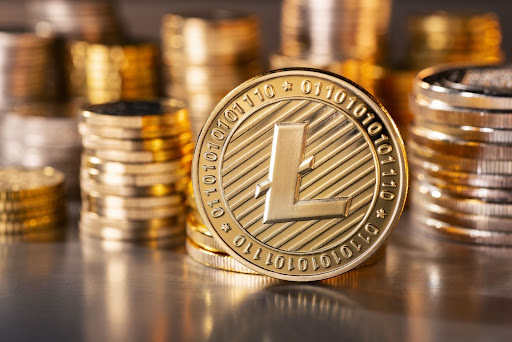 Litecoin is an early alternative coin as a reaction to Bitcoin. Likewise, Litecoins are generated through a procedure called mining which includes  processing a list of Litecoin transactions. Litecoin has a faster block generation rate and employs the use of a cryptographic algorithm called Scrypt.

Both Litecoin and Bitcoin have a maximum amount of supply. In the  case of Litecoin, there will never be more than 84 million Litecoins in circulation, quadruple the Bitcoin’s 21-million.

Litecoin’s structure is highly similar to Bitcoin’s, it has been used as a testing ground for Bitcoin’s later improvements.

Litecoin was founded particularly to make large-scale, custom-built hardware attacks on the network more difficult, if not impossible. Scrypt mining requires fewer resources but more memory while the SHA-256 algorithm employed by Bitcoin does not need a lot of random access memory. With sequential memory-hard functions, Litcoin shall avoid security attacks. More sophisticated mining hardware developed to solve SHA-256 hashing is the application-specific circuit or ASIC however the founder of Litecoin wanted to avoid the expensive mining equipment race.

Differences between LTC and BTC

To address the scalability problem of Bitcoin, Segregated Witness(SegWit) was first proposed in 2015 which created controversy in the Bitcoin community. Litecoin, often seen as the testnet of Bitcoin, adopted SegWit in 2017. The test went successfully and therefore Bitcoin adopted SegWit. As some opponents insisted on a larger Bitcoin block size, a Bitcoin hard fork called Bitcoin Cash was created.