Cryptocurrency are decentralized, digital, encrypted methods of exchange. Unlike the U.S. Dollar, Euro and other fiat currencies, the value of a cryptocurrency isn't managed by a central authority. 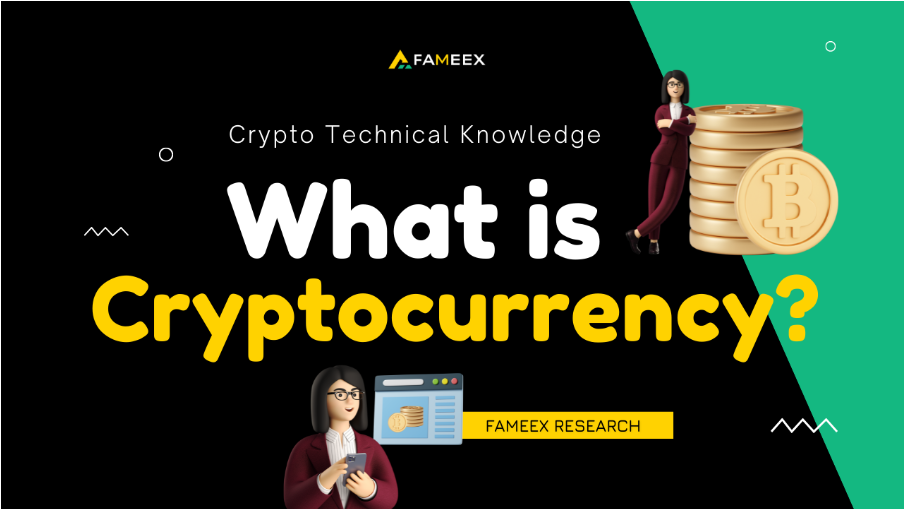 Cryptocurrencies can be used to buy regular goods and services, however, most people just invest in them like stocks or precious metals. Cryptocurrencies are a really cool asset class, but buying them can be risky, as you have to understand how each system works before you invest.

You can use a cryptocurrency as a decentralized, digital, encrypted method of exchange. Unlike the U.S. Dollar or Euro, the value of a cryptocurrency isn't managed by a central authority, but rather by all of its users through the Internet.

According to Nakamoto, work on the bitcoin code began in 2007. The domain name bitcoin.org was registered on 18 August 2008, and a website was created at the address. Nakamoto published on 31 October a white paper at metzdowd.com describing a digital currency titled "Bitcoin: A Peer-to-Peer Electronic Cash System".

What is the Difference Between Cryptocurrencies and Tokens?

As a beginner in blockchain and cryptocurrency, it is important to know the difference between digital assets, cryptocurrencies, and tokens. Despite being used interchangeably, these terms differ in a few key ways. In general, a digital asset is an asset that is created, traded, and stored digitally. This includes cryptocurrency and crypto tokens.

A crypto asset is a subclass of digital assets that is protected by cryptography, a technology that ensures its authenticity by preventing counterfeiting and double-spending.

Cryptocurrencies are the native assets of a blockchain: like BTC or ETH, whereas tokens are created on a platform that is built on an existing blockchain, like the many ERC-20 tokens that comprise the Ethereum ecosystem, for example: SHIB

Cryptocurrencies work like a network instead of a centralized bank. After that, they'll be recorded in a blockchain, which is a public ledger.

People remain anonymous throughout the transaction without central authorities. Whenever you submit a transaction request, a decentralized network will check it before recording it on the blockchain.

In contrast to fiat currencies, cryptocurrencies have a limited supply. For instance, Bitcoin has a maximum supply of 21 million. When it reaches the limit, no more BTC will be mined. There's a reason why cryptos were created with limited supply: because there's a risk of value decreasing over time and currency manipulation.

What is Public-Key Cryptography?

In public-key cryptography, which can also be called asymmetric cryptography, two mathematically related but not identical keys are used: a public key and a private key. Unlike symmetric key algorithms, which use one key for encryption and decryption, each key has a unique function. The public key encrypts, and the private key decrypts.

What is a Crypto Wallet?

You now understand the public-key, the crypto wallets store your public and private keys (they come in pairs as mentioned above), allowing you to send and receive coins through the blockchain as well as keeping track of your balance. They are quite different from physical wallets. Instead of storing money, digital wallets store private and public keys.

Your private keys give you total control over the funds associated with your corresponding public keys. So, it is important to keep your private keys hidden so that only you can access them.

PreviousWhat is Blockchain?NextMother’s Day is Coming, Why Not Cryptos?
Other articles

What is Blockchain?
Mother’s Day is Coming, Why Not Cryptos?
frankfrank the NFT, What is it?
Azuki: The Fastest Growing NFT
Will ETH Dethrone BTC?
Latin America Lean into Cryptocurrencies
Mexico Votes on Cryptocurrencies: a Boost to Bitcoin Adoption
We Saw the Robinhood Listing Skyrocket the SHIB, And What's Next?
STEPN is a Move-To-Earn APP with Game-Fi and Social-Fi system
Recently, the Ethereum Foundation Released Its Very First Treasury Report