Ethereum Classic (ETC) is a hard fork of Ethereum (ETH) that launched in July 2016. Its main function is as a smart contract network, with the ability to host and support decentralized applications (DApps). Its native token is ETC.

Since its launch, Ethereum Classic has sought to differentiate itself from Ethereum, with the two networks’ technical roadmap diverging further and further from each other with time.

Ethereum Classic first set out to preserve the integrity of the existing Ethereum blockchain after a major hacking event led to the theft of 3.6 million ETH. 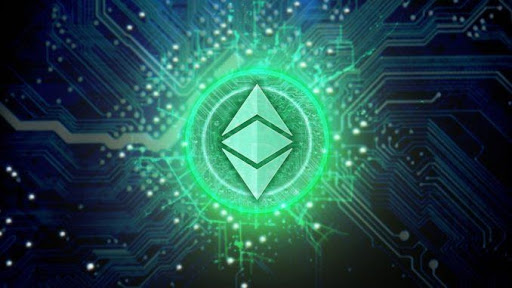 What is Ethereum Classic?

“The DAO hack” gives birth to the Ethereum Classic. The DAO, a venture fund on Ethereum blockchain, managed to raise up to $150 million in Ether in an initial coin offering in April 2016. An attacker exploited a loophole in one of the DAO’s smart contracts which turned out that funds worth $50 million were stolen. A rift emerged in the community on how to settle the issue.

One camp was loyal to the idea that the blockchain should never be changed which means every transaction, even the exploit cannot be erased. The other camp took drastic action in the name of protecting the investors. The argument led to a hard fork and the legacy chain that did not reverse its transaction was rebranded as Ethereum Classic, using ETC and the newer network was named Ethereum, using ETH or Ether.

Both Ethereum and Ethereum Classic provide smart contracts and apparently compete in the same market. Ethereum has won popularity and is seen as the more legitimate one between the two networks. Now ETH is second to Bitcoin as the most valuable cryptocurrency in the world.

Scalability is a concern. The Ethereum Classic network can process 15 transactions every second and it is less competitive than its potential competitors like Visa.

Since Ethereum Classic has been hacked and stolen millions of funds, smart contract security remains an haunting issue especially for financial and real estate transactions. Over the years, investors gradually lost confidence in ETC because of hacks. To achieve Ethereum Classic’s goal, becoming a global payment network with smart contracts that function without centralized governance, it needs to further upgrade the code and software.

Differences between Ethereum and Ethereum Classic

Ethereum Classic decided to follow Bitcoin by having a maximum supply of coins at about 210 million. However, Ethereum does not have a hard limit to the amount of coins to be mined.

A more drastic difference will be witnessed as the Ethereum network will soon move from a proof-of-work consensus mechanism to proof-of-stake algorithm or Ethereum 2.0.

PreviousLitecoin is an Open-Source, Peer-To-Peer Digital CurrencyNextBitcoin Cash is a Peer-to-Peer Electronic Cash System
Market
ETC-3.19%
18.78 USDTGo trade
Other articles in this group