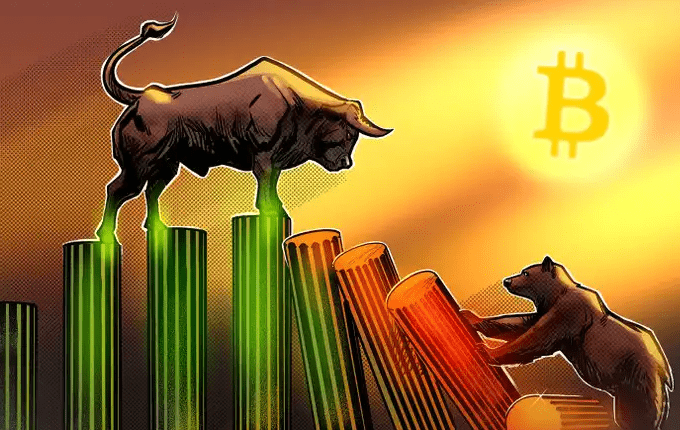 The mood across the cryptocurrency market has seen a notable improvement in the last week as prices are on the rise, with Bitcoin (BTC) now trading near $48,000 and Ether (ETH) attempting to hold above $3,400. Traders are eager to open long, but aware that there is also the possibility of a pullback, so many of them are still waiting. 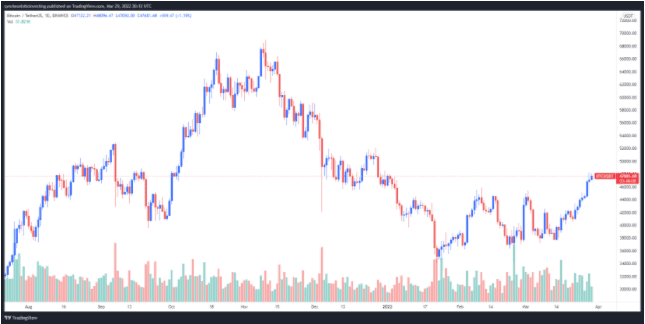 Here’s a look at what several analysts in the market are saying about the outlook for BTC moving forward and what levels to keep an eye on in case of a price pullback or another breakout to the upside.

Swift said, “Price is now breaking back above the 1yr MA. Historically this is an important level for Bitcoin signaling the start of a bullish trend.”

Insight into a possible entry point in the case of a pullback in the price of Bitcoin was touched on by crypto trader and pseudonymous Twitter user “Phoenix,” who posted the following chart outlining a possible trajectory BTC could take over the next few weeks. 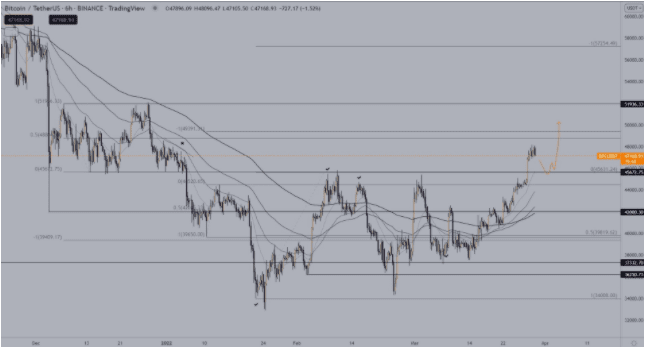 Phoenix said, “Those that missed the boat may hope for a perfect entry with a mid $45,000 retest. But, BTC often doesn‘t give perfect entries. Clearly bullish after this clean break above the range in my opinion.”

As for the areas to look out for should BTC continue to head higher, market analyst and pseudonymous Twitter user “Rekt Captial” posted the following chart suggesting the price could soon head toward $57,000 baring any major roadblocks. 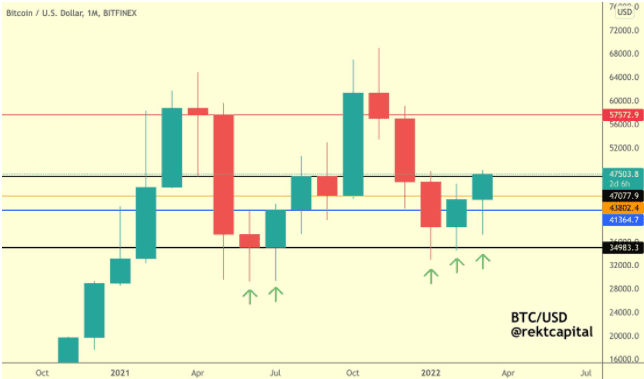 PreviousU.S. Warns Crypto Firms Against Helping Russia: “We will Hold You Accountable” with the Aim to Prevent Russia from Evading Sanctions, But People Hold Different Opinions About the EffectivenessNextOpenSea, an NFT (Non-Fungible Token) Marketplace, Set to Integrate Solana (SOL) in April, Further Expanding the NFT Ecosystem, Which is Well-Received Even Though a Clear Plan is Yet to be Disclosed
Other articles in this group