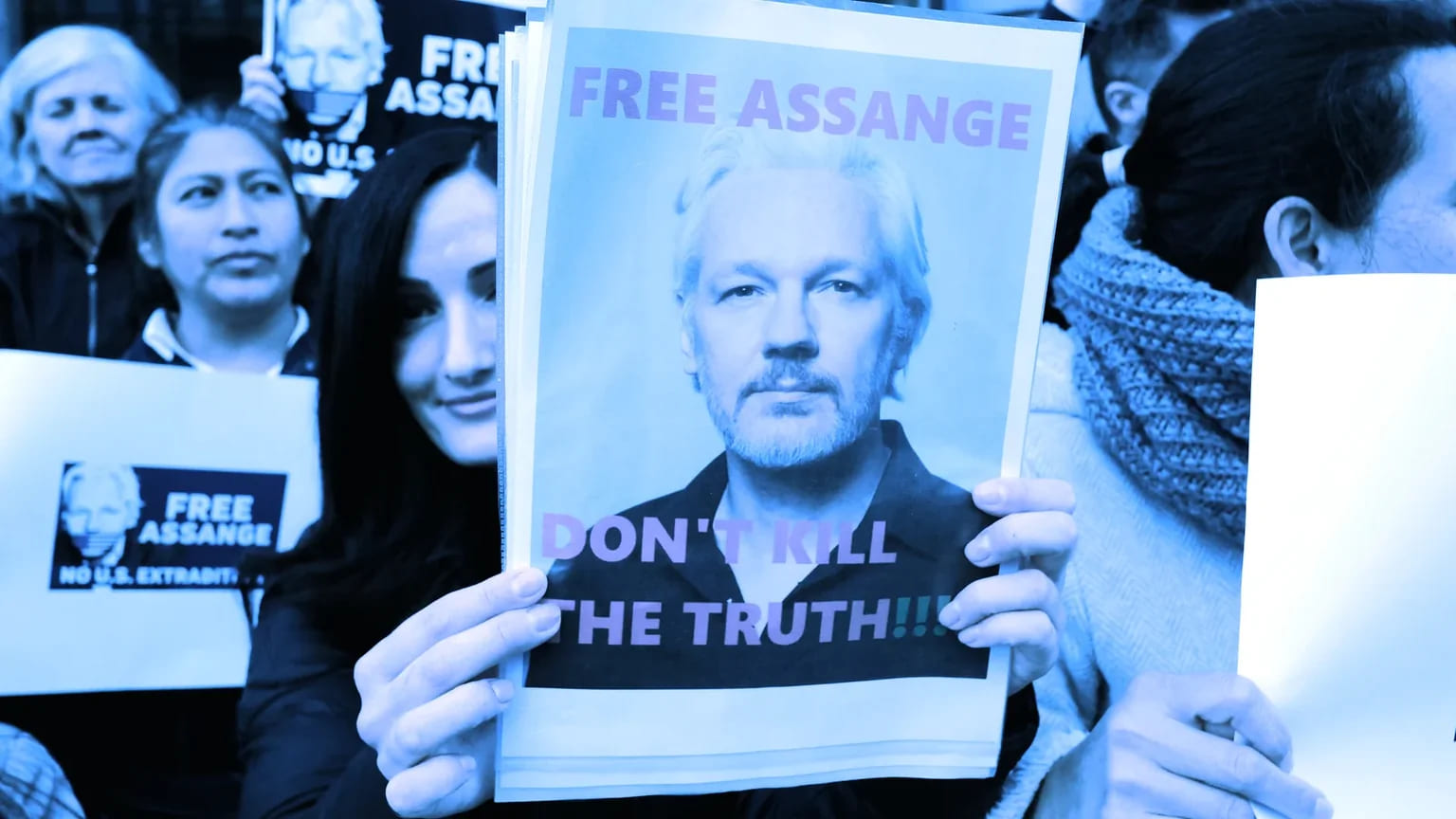 Since starting its fundraising efforts on February 3, the newly-founded decentralized autonomous organization AssangeDAO has raised over 14,329 Ethereum (ETH), around $44.8 million, according to DAO fundraising site Juicebox.

In four days, AssangeDAO, whose mission is to free Julian Assange, has raised more than the now-defunct ConstitutionDAO formed last fall to bid on a rare copy of the United States Constitution. That effort pulled in 11,613 ETH, worth around $45 million at the time.

AssangeDAO, which includes members of the Assange family, launched December 10 in response to a U.K. court overturning a ruling that barred Assange's extradition to the U.S. The DAO, which utilizes the Ethereum blockchain, distributes the AssangeDAO JUSTICE governance token to those who donate ETH. Those tokens currently have little in the way of actual value, but people who hold them can vote on future DAO proposals.

"Just like in the past, many of the contributions to #Assange's fundraising have been small but large in aggregate," tweeted Assange's fiancée Stella Moris. "Contributions of every kind are what make @AssangeDAO such a success."

AssangeDAO's plan is to bid on a one-of-a-kind NFT produced by celebrated digital artist Pak, who collaborated with Julian Assange on the "Censored" collection. Proceeds from the auction will benefit the Wau Holland Foundation for Assange's legal defense.

"The Assange NFT is doing real numbers. Very much looks like a protest vote against the White House's abuse of the Espionage Act," tweeted famed whistleblower Edward Snowden over the weekend, referring to the tidal wave of Web3 financial support for the WikiLeaks founder.

Assange is wanted on espionage charges stemming from WikiLeaks publishing classified government documents. He is currently in pre-trial detention in the U.K., fighting extradition to the United States. If extradited and found guilty of all charges, Assange faces up to 175 years in prison.