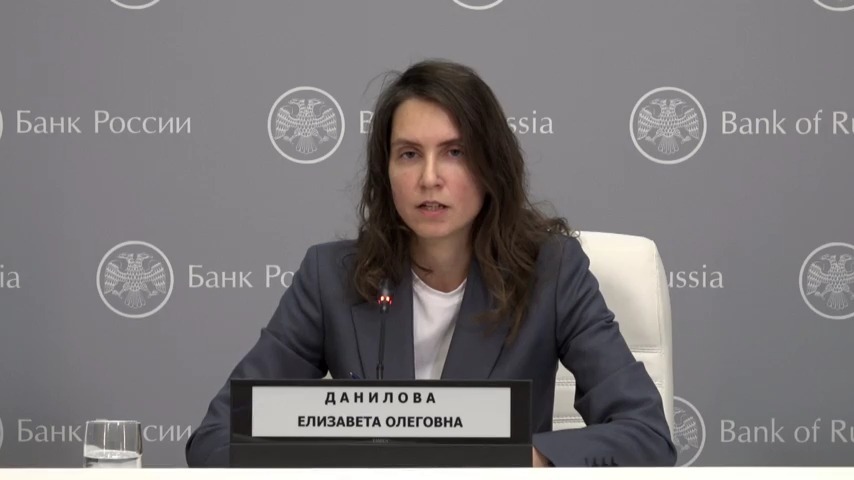 The report, "Cryptocurrencies: trends, risks, measures," was presented during an online press conference with Elizaveta Danilova, the director of the Bank of Russia's Financial Stability Department.

The report says cryptocurrencies are volatile and widely used in illegal activities such as fraud. By offering an outlet for people to take their money out of the national economy, they risk undermining it and making the regulator's job of maintaining optimal monetary policies harder, the report said.

Issuance and trading using the country's financial infrastructure, which could pose a risk to Russia's financial stability, however, should be stopped. The bank said in November that Russians conduct over $5 billion worth of crypto transactions in a year, and that level did not pose a risk. An existing ban on using crypto for payments should be reinforced, and punishment should be introduced for buying or selling goods, services and labor by Russian individuals and businesses, the report suggests.

Russian institutional investors should not be allowed to invest in crypto assets and no Russian financial organizations or infrastructure should be used for cryptocurrency transactions. The Bank of Russia has already barred mutual funds from investing in cryptocurrencies. Now, it is suggesting introducing penalties for breaking the ban.

Cryptocurrency mining, which has flourished in Russia over the past few years and even earned some nods of approval from the country's parliament last year, also came under fire.

Mining creates fresh supply of cryptocurrencies, so it stimulates the demand for other crypto services such as exchanges and "creates a non-productive electricity expenditure, which undermines the energy supply of residential buildings, social infrastructure and industrial objects, as well as the environmental agenda of the Russian Federation," the report said.

The "optimal solution" would be to ban crypto mining in Russia, the regulator said in the report. Miners said the stance was not a surprise. The report is a reiteration of the bank's existing position, and final policy is likely to include input from other stakeholders.

The crypto market also seemed unperturbed. Bitcoin was trading about $43,000 at publication time, up more than 3% since midnight UTC, according to TradingView data.

Still, if it is enacted, the ban would mark the end for big crypto businesses, especially mining farms, according to Sergey Mendeleev, executive director of a crypto investment platform InDeFi. "I'm sure it will be more like the Chinese variant, with no options or loopholes," he said.

"The consequences will be bad not for the [crypto] industry but for our future, it will be another step towards Russia lagging behind in technology even more than it is now," Mendeleev said. The best technology professionals and entrepreneurs would probably leave Russia alongside a big chunk of investments, he said.

The regulator said it believes that in the future, enhancing the current banking infrastructure, as well as introducing the digital ruble, a central bank digital currency (CBDC) currently in the works by the Bank of Russia, will satisfy the need of Russians for fast and cheap digital payment options, effectively giving them advantages of crypto without crypto.

As for the investment appeal of crypto assets, that can be replaced by the digital assets, which will be issued in Russia under the law on the digital assets, in effect since the summer 2020, the Bank of Russia said. The bank said financial market participants have until March 1 to comment on the report.

Binance, the world's largest crypto exchange by volume, said it's looking to improve communications with the regulator. "We always welcome dialogue on crypto and blockchain and we hope that the advisory report will initiate discussions between the Central Bank of Russia and representatives of the cryptocurrency market," the company told CoinDesk through a press representative. "Binance goes above and beyond industry standards to detect these bad actors through proactive measures and collaboration with public and private sector stakeholders."