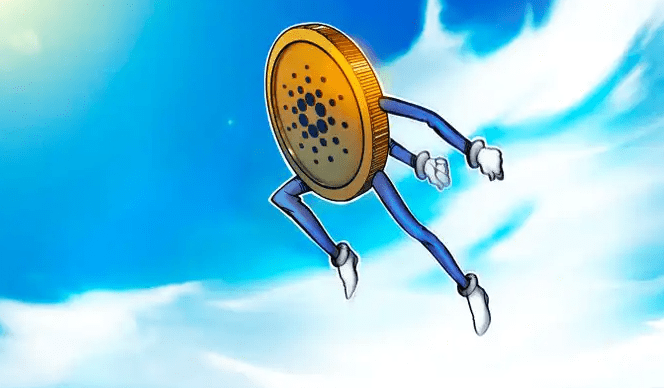 The Cardano blockchain has experienced an explosion in on-chain activity and now trails only Bitcoin in current 24-hour transaction volume, surpassing Ethereum in the process, according to Messari. Will ADA become a leading cryptocurrency, taking the places of BTC and ETH? Not likely.

Cardano (ADA) currently has $17.04 billion in 24-hour transaction volume, according to data from on-chain analytics firm Messari. With Bitcoin (BTC) at $18.85 billion and Ether (ETH) at $5.25 billion, according to Messari. Cardano is in second place in that category and is closing in on the top position for this metric.

Overall, this month has seen tremendous activity on Cardano. On Feb. 14, 24-hour transaction volume topped $35 billion and on Saturday, it reached $31 billion. However, it is still far from the $138-billion all-time high in the volume set on Sept. 3 last year.

Transaction volume on Cardano has spiked in recent weeks in large part due to the launch of the SundaeSwap decentralized exchange. The hype around this launch caused days of congestion on the blockchain from the huge influx of transactions.

Regardless of the SundaeSwap effect on the network, the total number of transactions on Cardano has increased 480% from 5.5 million on March 30, 2021, to nearly 32 million on Feb. 20, 2022, according to Google’s Cardano Blockchain Insights. Cardano was listed by Morgan Stanley’s wealth management global investment office as one of the four “Ethereum killer” blockchains that could usurp smart contract superiority from Ethereum due to its lower costs and faster speeds. The others in the report included Solana, Polkadot and Tezos.