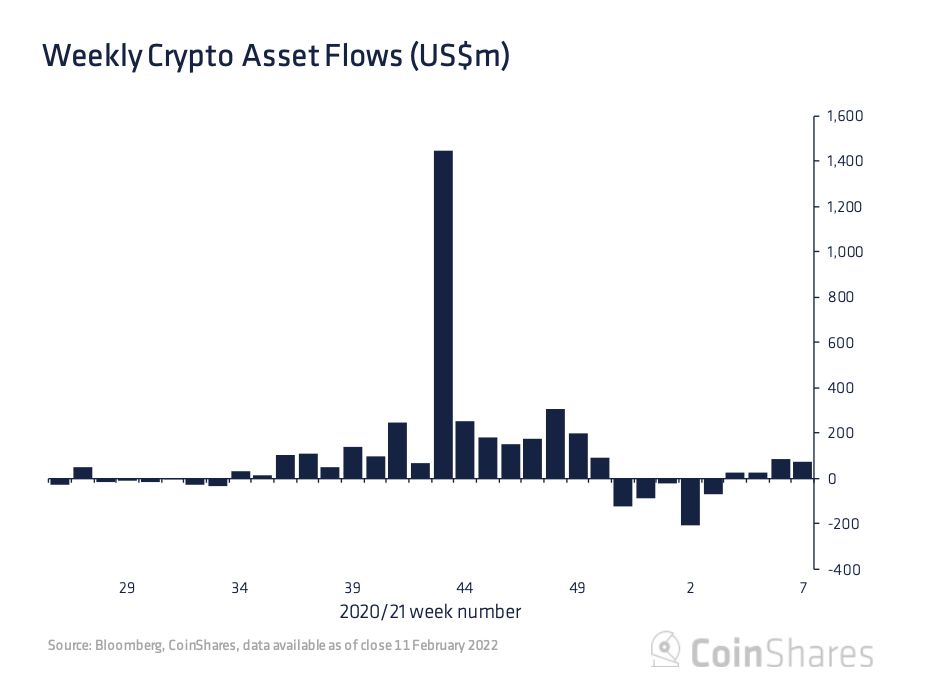 The report from the digital-asset manager CoinShares covered the seven days through Feb. 11. The price of bitcoin (BTC) fell 17% in January, but it's up 11% so far this month.

The inflows remain relatively minor in comparison to the inflows during the fourth quarter of 2021, according to CoinShares.

The firm noted that there were regional differences in the week's data, with $5.5 million of outflows in the Americas and $80.7 million of inflows into European investment products.

The price of ether (ETH), Ethereum blockchain’s native cryptocurrency, went down 5.9% in the past week while trading around $3,000 – after gaining 16% the week before.

Bitcoin funds saw inflows of $25 million last week, a slower pace of growth compared with the $71 million of inflows the week before.