FTX Exploiter Swaps Thousands of Stolen BNB Crypto Tokens Into Ether, BUSD
https://www.coindesk.com/tech/2022/11/17/ftx-exploiter-swaps-thousands-of-stolen-bnb-crypto-tokens-into-ether-busd/
Some 10,000 BNB tokens were converted into 2,000 ether, worth over $2.4 million at current rates, and a total of 19,714 BNB became $5 million of BUSD over two transactions.

Ethereum Climate Platform launches to address the network’s prior PoW emissions
https://cointelegraph.com/news/ethereum-climate-platform-launches-to-address-the-network-s-prior-pow-emissions
At the COP 27 climate action event, Web3 firms, civil society leaders and the United Nations Framework Convention on Climate Change announced the formation of the Ethereum Climate Platform, which aims to counteract the carbon footprint left by the Ethereum network since it launched in 2015.

El Salvador to Buy Bitcoin Every Day
https://news.bitcoin.com/el-salvador-to-buy-bitcoin-every-day-starting-tomorrow-president-says/
El Salvador adopted bitcoin as legal tender alongside the U.S. dollar in September last year. Since then the country has purchased about 2,381 bitcoins for its treasury. President Bukele is a strong proponent of the cryptocurrency. He recently attributed tourism recovery in El Salvador to BTC, surfing, and crime reduction.

In the past 24 hours, $25.85 Million longs were liquidated and $17.46 Million of shorts orders, net $8.39 Million longs. Among them, the amount of short liquidations has dropped for 4 consecutive days.

The fear/greed index rose slightly to 23, remaining above the watershed of 30 for many days, which means that investors are very conservative about the future trend, and follow-up developments still need to be observed in the short term.

The value of Bitcoin Ahr999 today is 0.3, which is below the bottom line (0.45) and fixed investment line (1.2), indicating that the current long-term trend is a bear market. 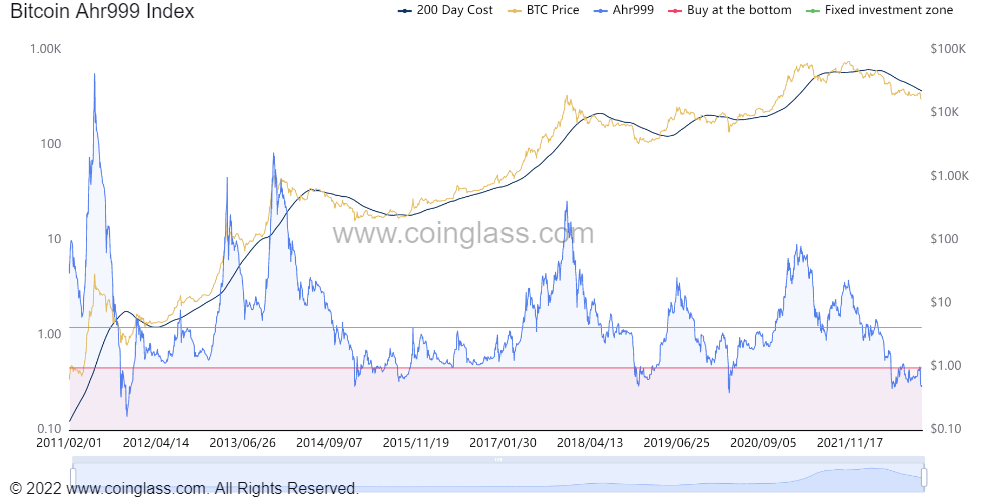 In terms of data, there was a wave of layoffs in the US tech industry. The US Department of Labor released the latest unemployment insurance data yesterday. After adjustment, 222,000 people received unemployment insurance at the beginning of last week, lower than market expectations, highlighting that the job market is still stable, which could be the reason for the Fed to continue to raise interest rates. 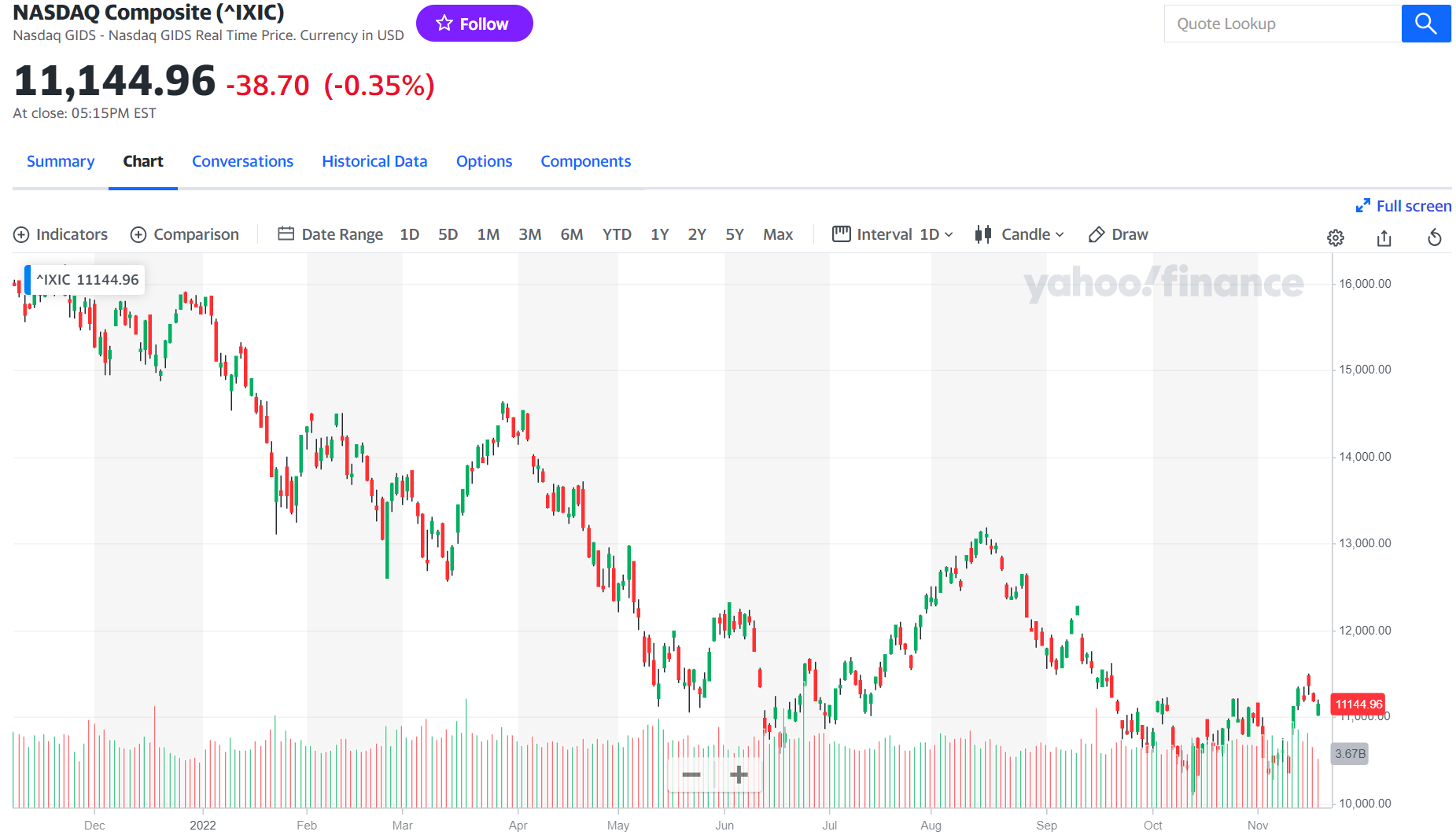 Looking at ETH on the 4-hour chart, the bulls are gradually falling after the 1200-level, the price is gradually unable to stand on the MA7. 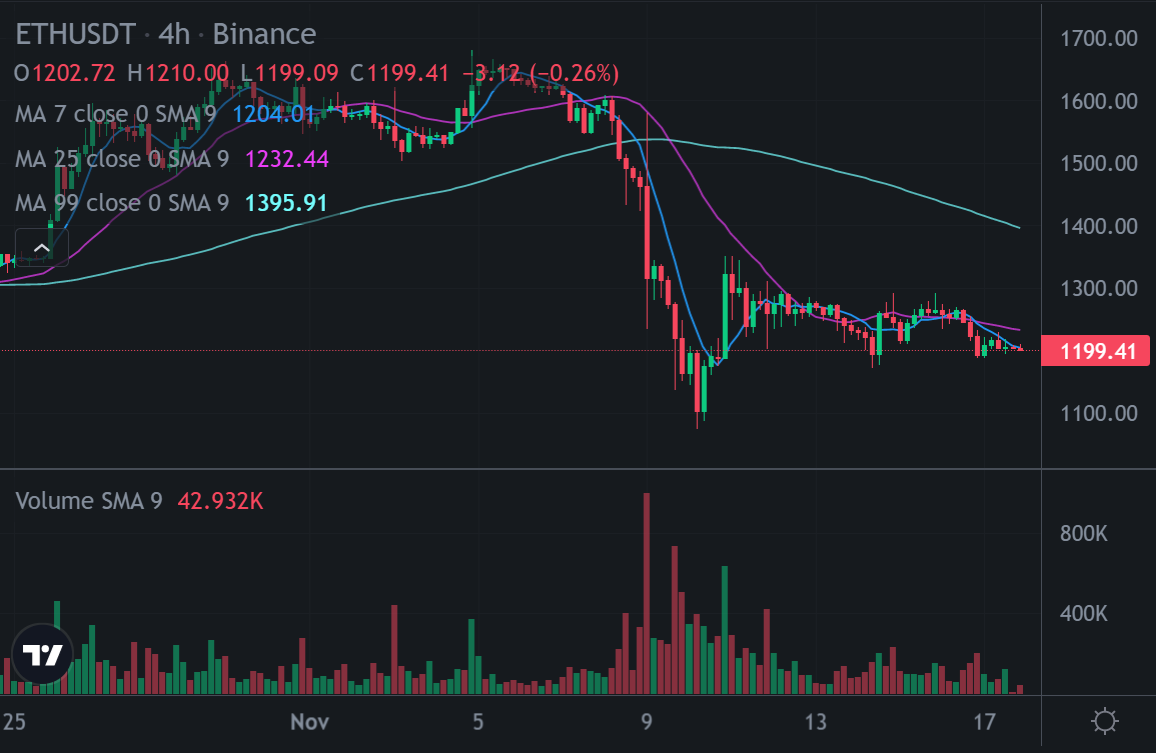