Putin calls for blockchain-based international payment system
https://cointelegraph.com/news/putin-calls-for-blockchain-based-international-payment-system
During the event organized by Sberbank, the largest Russian bank and a major lender to the government, he stated: “The technology of digital currencies and blockchains can be used to create a new system of international settlements that will be much more convenient, absolutely safe for its users and, most importantly, will not depend on banks or interference by third countries. I am confident that something like this will certainly be created and will develop because nobody likes the dictate of monopolists, which is harming all parties, including the monopolists themselves.”

Crypto Lender BlockFi Has Filed for Bankruptcy Citing FTX Bankruptcy as Reason
https://www.fameex.com/en-US/news/crypto-latest-news-2022112901
BlockFi, the crypto lender that was earlier "rescued" by FTX following the collapse of the LUNA stablecoin, filed for Chapter 11 bankruptcy protection and seeks to collect all liabilities due by its counterparties, including FTX. The FTX contagion has just affected another crypto firm.

The Fear & Greed Index dropped down to 26. The number has been under 30 for multiple days, revealing investors’ negative attitude towards the market tendency. But there’s no conclusion yet for the short term tendency.

The announcement made by the Hawk in the Fed gave rise to a more volatile market. The America stock market saw numbers dropping down in the last 24 hours, including DJI falling by 500, SPX and NDX by 1.5% and SOX by 2.6%.

Investors will make new decision according to the upcoming indicators like PCE and NFP. More fluctuations are expected in the future market. 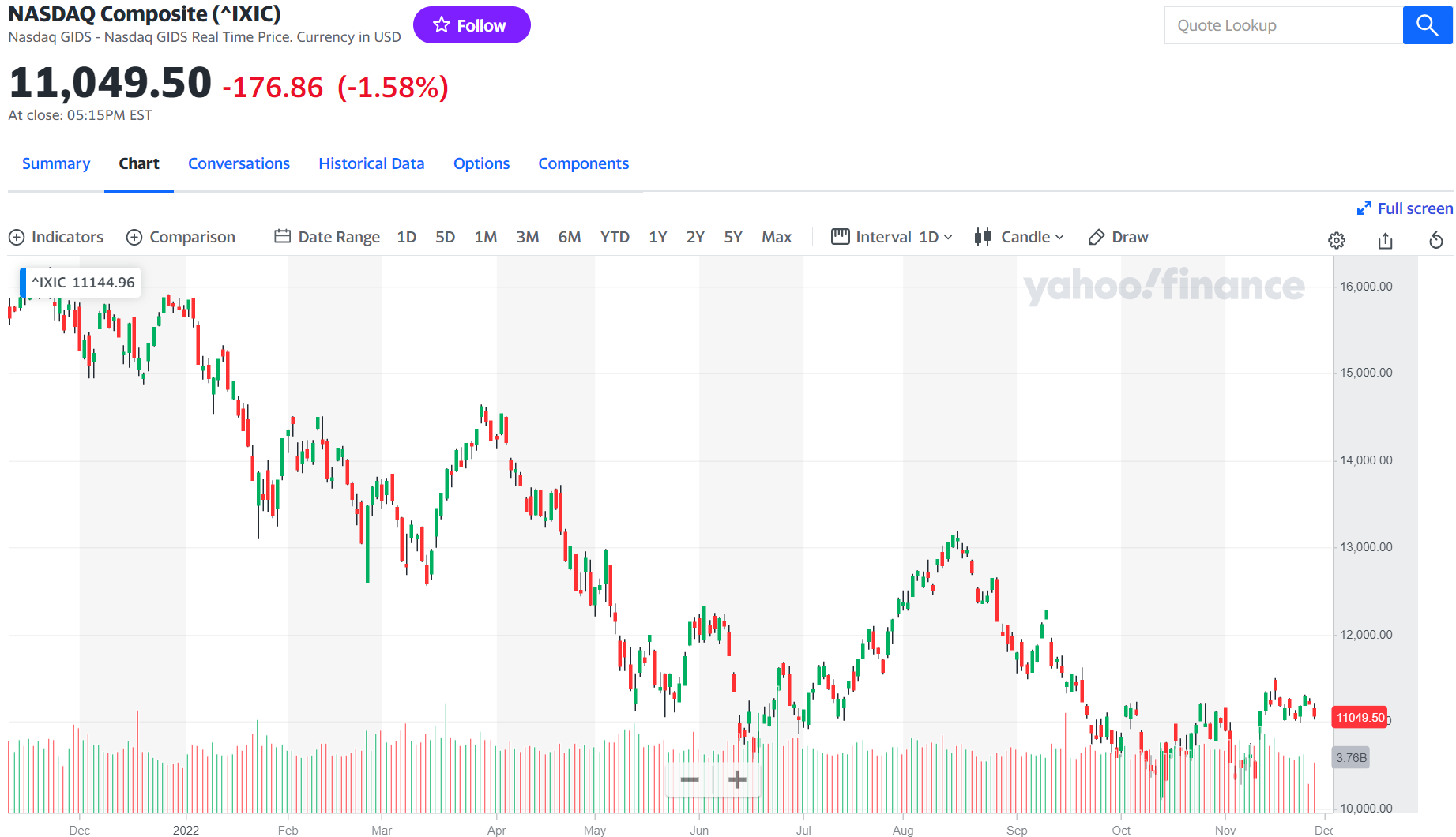 In terms of the four-hour timeline, shorts gained the upper hand. The price failed to breakthrough MA99 and was losing momentum. The slowly-increasing long liquidation also revealed a hint that the short would gain the upper hand.