The State of the Cryptocurrency Market in 2023
https://www.fameex.com/en-US/news/the-state-of-the-cryptocurrency-market-in-2023
The resident experts at Cointelegraph discuss what investors might anticipate from the cryptocurrency industry in 2023 this week on The Market Report. Will the current bear market continue, or will a bull market start to emerge? What initiatives may cause a stir in 2023 is another topic up for debate?

Japan to lift the ban on foreign stablecoins like USDT in 2023: Report
https://cointelegraph.com/news/japan-to-lift-the-ban-on-foreign-stablecoins-like-usdt-in-2023-report
The Financial Services Agency (FSA) of Japan will lift the ban on the domestic distribution of foreign-issued stablecoins in 2023, local news agency Nikkei reported on Dec. 26. The latest measure will significantly impact cryptocurrency trading services offered in Japan as currently, no local exchanges provide trading in stablecoins like USDT or USDC.

The Fear & Greed index dropped slightly to 27, still below 30. The number has been around 25 most of the time in the last 4 months, but the number has been near 28 in the last 30 days, showing that the investors’ confidence is yet to be recovered. But on the other hand, the market has been relatively stable, instead of slipping further.

According to the statistics published by the US Department of Commerce, because of the decreased import, America’s trade deficit in November dropped to the lowest since December of 2020, decreasing by 15.6% to 83.3 billion dollars. It’s the biggest drop since 2009. The inflation is not taken into consideration, but if it is, the market expects it to be down by 96.9 billion dollars and before it was 98.8 billion dollars. Last month, the import decreased by 7.6% to 252.2 billion dollars, the lowest of the last year, while the export dropped by 3.1% to 168.9 billion dollars.

Last week, the increase rate of US PCE slowed, which is a sign that the inflation may be subside. The market expects that the Fed will probably rise the interest rate by 0.5%. Earlier this month, the rate has already risen by 0.5%. Now the base rate stays between 4.25% to 4.5%. 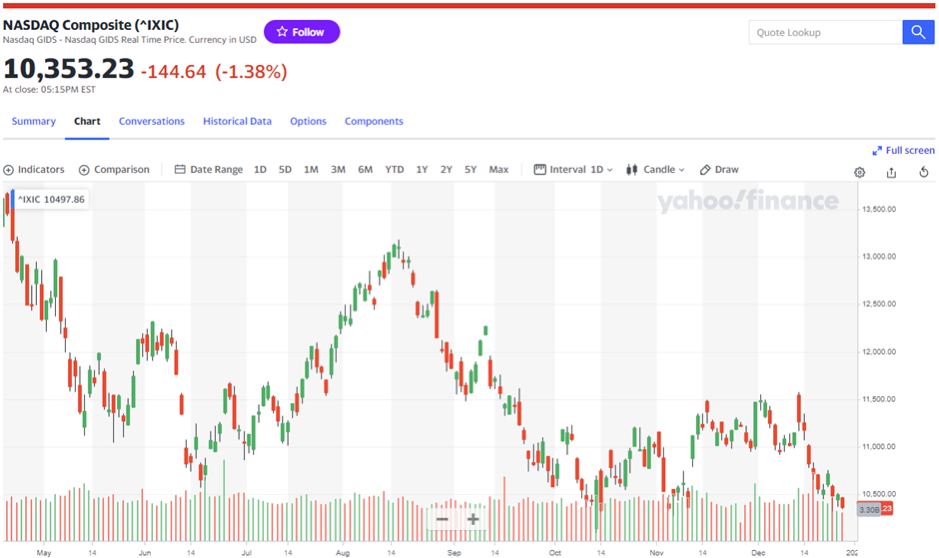 Judging from the 4-hour timeline, the BTC showed signs to go down, but it stopped due to the support at 16600. The moving averages revealed that the short was going to dominate the market. The New Year Festival was on its way, the BTC hadn’t seen much price change and the transaction volume was going down significantly. Traders should pay more attention to the future price change.