What Stars Promoted Crypto Without Being Caught, and Who was Harmed?
https://www.fameex.com/en-US/news/what-stars-promoted-crypto-without-being-caught-and-who-was-harmed
Celebrities had a difficult year in 2022 when supporting cryptocurrency businesses and initiatives. Many people were mentioned in lawsuits for allegedly endorsing now-defunct ventures, while others were repeatedly made fun of on social media for becoming involved in the first place. From performers in movies and television to athletes and artists, many celebrities may be regretting their endorsement deals from the previous year, while there have undoubtedly been some exceptions.

Indonesia to launch national crypto exchange in 2023: Report
https://cointelegraph.com/news/indonesia-to-launch-national-crypto-exchange-in-2023-report
As a part of its reform of crypto regulation, Indonesia will create a crypto exchange in 2023, according to reports. The platform is planned to be launched prior to a shift of regulatory power from commodities to securities authority. Indonesia imposed a blanket ban on crypto payments starting in 2017, while trading in digital assets has largely remained legal in the country.

Sam Bankman-Fried Pleads Not Guilty to Fraud, Conspiracy Charges
https://www.coindesk.com/policy/2023/01/03/sam-bankman-fried-pleads-not-guilty-to-fraud-conspiracy-charges/
Bankman-Fried, who stands accused on eight different counts including wire fraud and campaign-finance violations, pleaded not guilty to all charges via his lawyer at the opening of the hearing in the Manhattan courthouse on Tuesday afternoon. The presiding judge in the case set a target date for the trial to begin in early October.

The Fear & Greed index climbed to 29, still below 30. The number has been around 25 most of the time in the last 4 months, but the number has been near 28 in the last 30 days, showing that the investors’ confidence is yet to be recovered. But on the other hand, the market has been relatively stable, instead of slipping further.

Bitcoin Ahr999 climbed to 0.33, below the bottom line 0.45 and the DCA line 1.2. The numbers reflected that the bear market would last for a long time. Judging from the information above, the prices were still at the bottom zone.

According to the monthly JOLTS published by the US Department of Labor on Wednesday, the job vacancy of last November was 10.458 million, still higher than the market expectation. Also, the ISM’s survey of the PMI revealed that the Employment Cost Index was the highest of the last eight months, which was a sign for a strong employment market. It’s possible that the Fed would apply austerity policy in the next few months.

In terms of politics and economy, the meeting minutes of last December published on Wednesday by the US Fed pointed that no one in the organization considered it suitable to lower the interest rate at the beginning of 2023. They also warned that the unreasonable relax of the financial circumstance would weaken the American central bank’s effort to stabilize the price. Also, more evidence was required to prove that the inflation had been going down continuously.

Neel Kashkari from the Fed announced on Wednesday that “the Fed would only consider lowering the interest rate when the inflation rate was down to 2%. Continuously rising interest rate would be appropriate for at least the next few sessions, until we were confident that the inflation would spike to the top. Currently, more and more evidence showed that might already happened.” 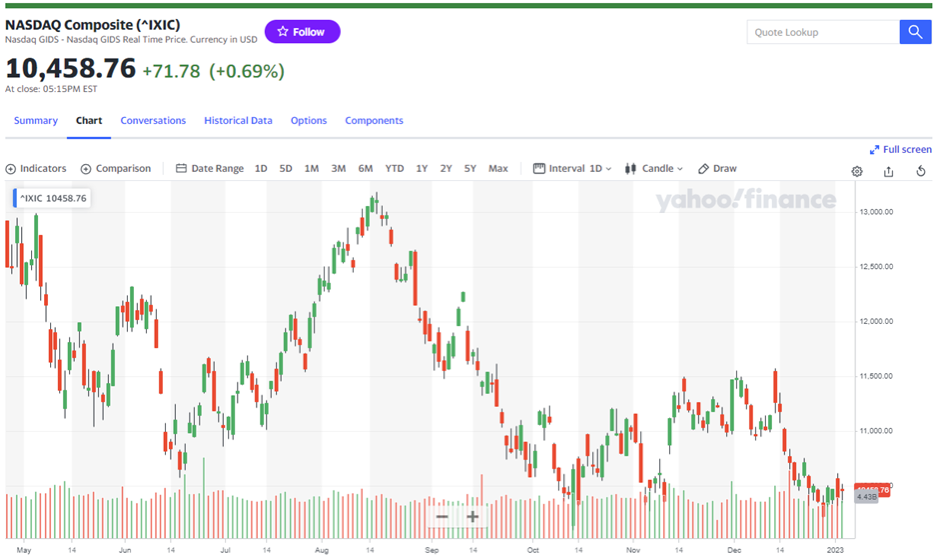 Judging from the 4-hour timeline, the BTC price rose several times to near 17000, though the price fell back in correction near 16850. But the MA7 is now higher than the MA99 and the MA25 will probably rise tomorrow. The result is that the three moving averages will be a sign of rising prices. Despite the fact that the long side has shown the willingness to dominate the market, but the rising tendency is unclear yet.