News
Ethereum: Assessing Whether Other Chains in Decentralized Finance (DeFi) Might Soon Take Its Place, Like Terra, Solana and Avalanche

Ethereum: Assessing Whether Other Chains in Decentralized Finance (DeFi) Might Soon Take Its Place, Like Terra, Solana and Avalanche 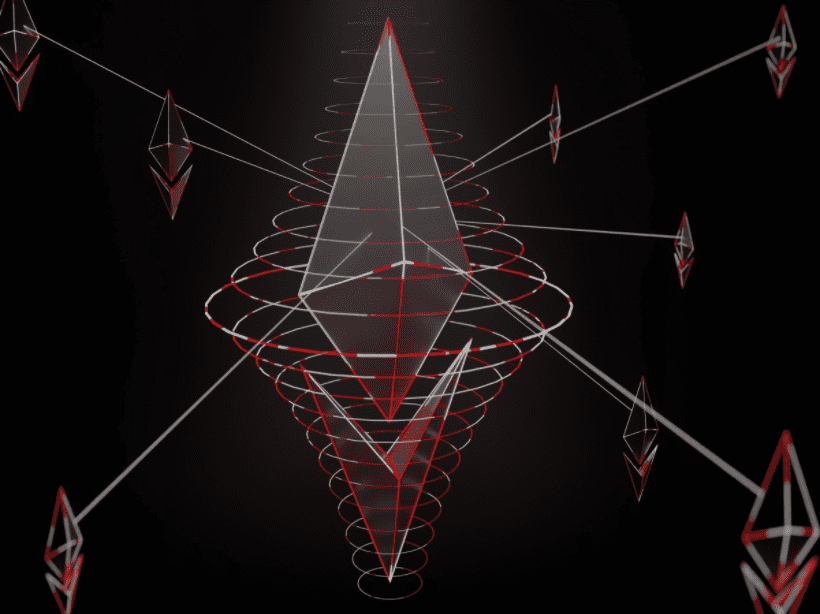 Chains are keen to hike their total value locked [TVL] dominance as this is a way to amp up adoption and boost their presence in the space. Ethereum is thought to be the reigning DeFi (Decentralized Finance) alt (altcoin), but as the markets grow larger and more bridges and links are formed, what are investors choosing?

Clash of the alts

The 2021 yearly crypto-review by Token Insight revealed some noteworthy trends by coins in the multi-chain DeFi space. First and foremost, the report took a look at Ethereum’s sliding dominance, which has not been subtle. The report stated, “Compared to 2020, Ethereum dominance declined from 99% to 70%.”

Looking at data from 2022 shows how this decline has only continued through the first three months of the year. As of 13 March, Ethereum’s TVL was only 54.73% of the total. Chains with rising dominance include Terra with a share of 12.48% and Avalanche with a share of 5.51%. 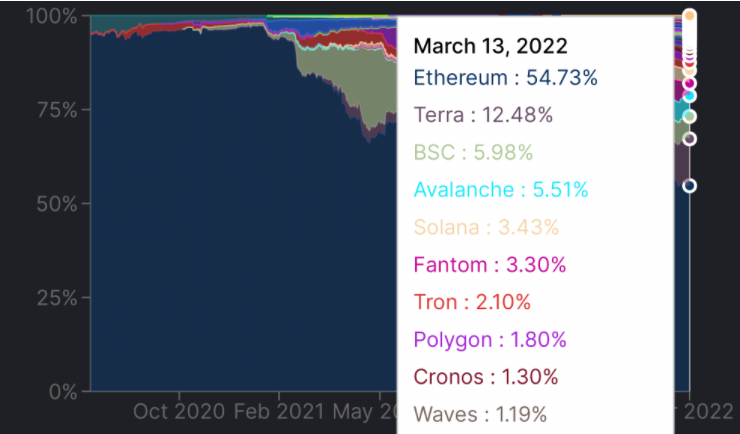 That said, 2022’s stats did show that BSC and Solana have been falling in terms of TVL share.

Time to spread your wings?

Naturally, these changes in TVL dominance raise the question of whether or not Terra and Avalanche could be the new winners. TokenInsight reported that Avalanche had a “good summer wave” in 2021 and since then, Avalanche’s TVL has grown, dipped, and then recovered to hit 5.51%.

Meanwhile, Terra’s LUNA has been the apple of many investors’ eyes since its 2022 rallies. The asset has also won over DeFi players thanks to its rising TVL. However, according to Token Insight, Terra’s Anchor lending protocol – now with a TVL of $12.6 billion – appears to be struggling with sustaining its high yield.

But despite these changes, it might not be time to throw Ethereum out the window just yet. The biggest alt by market cap and TVL has been seeing a month with average gas fees each day falling well below 100 gwei. With high fees often being a reason for investors to turn away from Ethereum, it remains to be seen whether this fall in prices will lead to a resurgence in Ethereum’s TVL dominance. 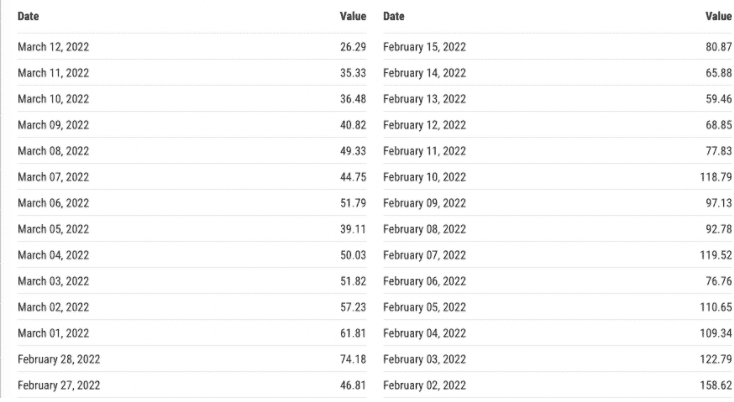 Phantom of the TVL

TokenInsight’s report found that Fantom is one of the chains enjoying “great success.” However, since the shock departures of Andre Cronje and Anton Nell – members of the Fantom Foundation – Fantom’s TVL has seen a sharp drop.

This goes to show that in spite of billions in TVL, DeFi projects can be fragile and highly susceptible to change.