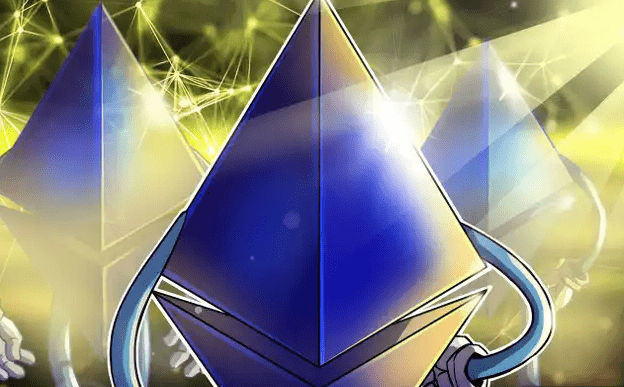 Ethereum’s native token, Ether (ETH), could reach above $10,000 in the coming weeks as it paints what appears to be an “ascending triangle” technical pattern. Investors are hoping it’s a chance to succeed through cryptocurrency.

Ascending triangles are bullish continuation setups that appear during an uptrend. Analysts confirm their presence after the price rises upward inside a rising right-angle triangle structure, thus forming a sequence of lower highs on the lower trendline with resistance in place at the upper one. As the pattern develops, volumes typically drop.

So far, Ether has been forming a similar upside pattern on its weekly chart. In detail, the triangle’s lower trendline has been acting as an accumulation range since the beginning of 2021, with high selling pressure at the upper trendline, as shown below.

A basic tenet of ascending triangle patterns is that they can precede a significant price rally — by as much as the maximum distance between the upper and lower trendline — when measured from the breakout level.

Applying the same characteristic to Ether’s ascending channel, Ether can undergo a decisive breakout toward $10,000. On higher timeframes, another technical pattern paints a bullish target of $4,000.

The bullish triangle setup emerges as Ether holds its profit after bottoming out near $2,150 in January 2022. In doing so, ETH/USD has rallied by more than 25% in less than four weeks.

But some analysts see the ongoing recovery rally in the Ether market as a bull trap — i.e., a reversal that could force traders on the wrong side of price action to liquidate their positions at unexpected losses. One of them is TheTreeTrader, hereto TT, a TradingView-based market commentator.

As a result, ETH has been confirming a bearish divergence between its price and momentum, a pattern that typically leads to a price reversal. If such a move occurs, TT noted that Ether’s price might fall to as low as $2,300.

Conversely, a successful breakout above the descending trendline resistance would likely switch the Ether market bias to bullish, TT wrote.

The concerns over Ether’s bull trap also remain due to its history of painting technical setups with an upside bias yet failing to deliver a breakout move.

For instance, Ether hinted at forming a similar ascending channel pattern in October 2021, as Cointelegraph covered, with a breakout target of nearly $6,500 versus its then-current price of around $3,750. Nonetheless, the Ethereum token dropped toward $2,100 weeks later, invalidating the classic bullish continuation setup.

For instance, Ethereum attracted about 18.36 million new addresses to its network in 2021 at the pace of 1.53 million per month, reflecting steady user growth.

Meanwhile, Glassnode data showed the number of Ethereum addresses holding at least 1 ETH also reached its record high earlier in February, hitting 1.42 million on the ninth day of the month.

Additionally, the number of non-zero addresses and those holding at least 0.1 ETH also climbed to a new high on Feb. 15, reaching nearly 75 million and 7 million, respectively.