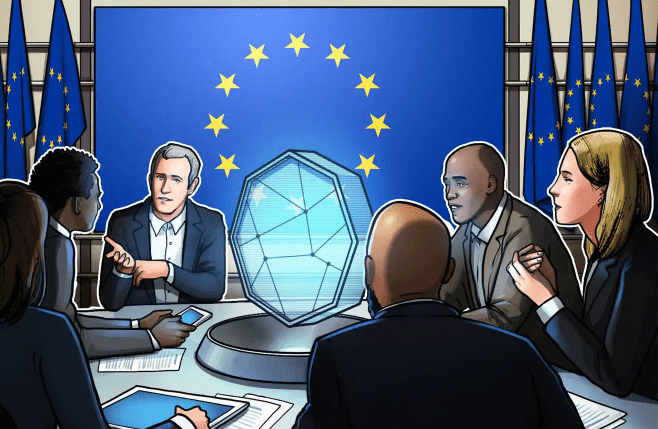 The parliament of the European Union has scheduled a vote on a framework aimed at regulating cryptocurrencies after addressing concerns over proof-of-work mining.

In a Monday Twitter thread, European Parliament Committee on Economics and Monetary Affairs member Stefan Berger said the committee will vote on the Markets in Crypto Assets, or MiCA, framework on March 14 following the submission of a final draft of the bill. As the rapporteur — the person appointed to report on proceedings related to the bill — Berger said the legislation will no longer include text that some had interpreted as a possible ban on proof-of-work crypto mining.

“With MiCA, the EU can set global standards,” said Berger. “Therefore, all those involved are now asked to support the submitted draft & to vote for MiCA. Strong support for MiCA is a strong signal from the EU Parliament for a technology-neutral and innovation-friendly financial sector.”

The rapporteur added that the regulation aimed to provide “legal certainty” and establish “reliable supervisory structures” for crypto assets amid concerns around the energy consumption of mining. However, the committee will still have discussions on the bill with the European Council and the European Commission following the vote.

The MiCA bill, first introduced to the European Commission in September 2020 and adopted by the European Council in November 2021, aimed “to create a regulatory framework for the crypto-assets market that supports innovation and draws on the potential of crypto-assets in a way that preserves financial stability and protects investors.” Berger postponed a committee vote on the bill originally scheduled for Feb. 28, citing the need to clarify “the question of proof-of-work” in discussions with stakeholders.

PreviousEthereum (ETH) Gas Fees Sink to Lowest Rate in 7 Months, Most Layer 2 Fees Under $1 per TransferNextVenezuela Increases Minimum Monthly Wage to Half a Petro, the National Cryptocurrency
Other articles in this group