Mysterious Bitcoin miner shows off oldest signature dated Jan. 2009
https://cointelegraph.com/news/mysterious-bitcoin-miner-shows-off-oldest-signature-dated-jan-2009
A curious member of the bitcointalk.org forum recently sought to identify Bitcoin miners from the early days. Answering the question 'Who has/had the oldest mined Bitcoin?' an anonymous member shared a signature dating back to January 2009, just a week after Bitcoin came into existence.

Former FTX US President Is Seeking Funds for Crypto Startup: Report
https://www.coindesk.com/business/2022/12/02/former-ftx-us-president-is-seeking-funds-for-new-crypto-startup-report/
The Former FTX US President, Brett Harrison, is trying to raise $6 million for a new cryptocurrency startup, which aims to build crypto trading software for large investors, at $60 million, according to The Information report.

Elon Musk Claims that SBF Donated More than $1 Billion to Democrats
https://www.fameex.com/en-US/news/crypto-latest-news-2022120501
The crypto community and entrepreneurs were unconvinced by the mainstream media's attempts to downplay the frauds carried out by FTX CEO Sam Bankman-Fried (SBF). Instead, Elon Musk, CEO of Tesla, fought to make Twitter "the most accurate source of information," which came into conflict with the disinformation campaign.

The Fear & Greed index fell further to 26, still below 30. The collapse of FTX cast a shadow over all traders. The index has been under 30 for most of the time over the last month. The confidence for the market is yet to be restored.

Today’s Bitcoin Ahr999 is 0.32, below the bottom line 0.45 and the DCA line 1.2. The number suggests that the bear market will continue to last for a long time.

According to the latest statistics form the Department of Labor, 263 thousand people were added to the non-farm industries in November, higher than the 200 thousand expected by the market. The average hourly payment increased to 0.6% from 0.5% in October, far higher than the expected 0.3%. The unemployment rate last month stayed at 3.7%, the lowest in the last 50 years, in line with the market expectation.

Charles Evans, the president of Federal Reserve Bank of Chicago, said on Friday that he believed the Fed may slow the rise of the interest rate, but the rate itself might ended up higher.

Thomas Barkin, the president of Federal Reserve Bank of Richmond, said that the continuous short of labor in US made it harder to recover the balance of demand.

According to the FedWatch of CME, the futures traders of Fed funds rate estimated that the possibility of the rate rising by 0.5% in December fell down to 79%, the former number is 86%. 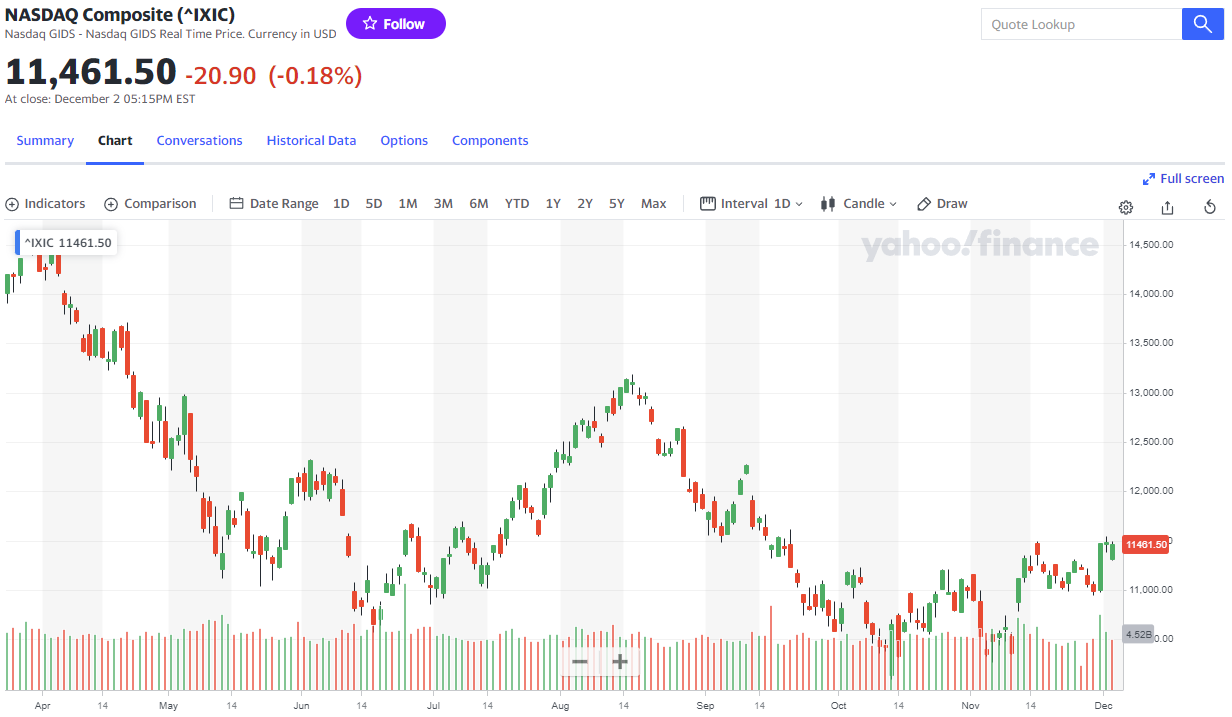 In the 4-hour timeline, it has been a week since BTC price last reached 17000. This time, it’s able to break through 17000 after multiple attempts. 17350 is also a possible target. If there’s adequate fund to be invested in, 18000 could be the next goal.