What are the Market Implications of Aggressive Bitcoin Purchases by Individual Investors
https://www.fameex.com/en-US/news/what-are-the-market-implications-of-aggressive-bitcoin-purchases-by-individual-investors
While average investors have been collecting coins throughout 2022, Bitcoin (BTC) whales have been rapidly liquidating their holdings. Divergent opinions among market analysts exist over what this signifies for Bitcoin.

Suspected North Korean hacker made $365,000 from 1,055 stolen NFTs: Report
https://www.theblock.co/post/197835/suspected-north-korean-hacker-made-365000-from-1055-stolen-nfts-report
According to a report by blockchain security firm SlowMist, a wallet address associated with a suspected North Korean APT Group stole more than 1,000 NFTs from victims of phishing attacks and made 300 ETH ($365,000) from their sale. “The North Korean APT group targeted Crypto and NFT users with a phishing campaign using nearly 500 different domain names,” the report said.

The Fear & Greed index climbed slightly to 29, still below 30. The number has been around 25 most of the time in the last 4 months, but the number has been near 28 in the last 30 days, showing that the investors’ confidence is yet to be recovered. But on the other hand, the market has been relatively stable, instead of slipping further.

According to the statistics published by the US Department of Commerce, the national annual growth of the PCE in November is up by 5.5%, a little lower compared to the expectation of the market. It’s also lower than the annual growth of that of October, proving that the Fed’s continuous rise of the interest has been working.

Also, it’s revealed by a research made by the University of Michigan in the US, the consumer confidence index is up to 59.7 in December, slightly higher than the 59.1 in the beginning of the month and the 56.8 in the last month. The consumers expect the inflation rate to lower from the previous 4.9% to 4.4%, the lowest from the June of 2021.

In terms of finance, the US House of Representatives passed a 1.7 trillion spending bill which may signed by Biden before midnight on Friday. It will sustain the US government until September of 2023. 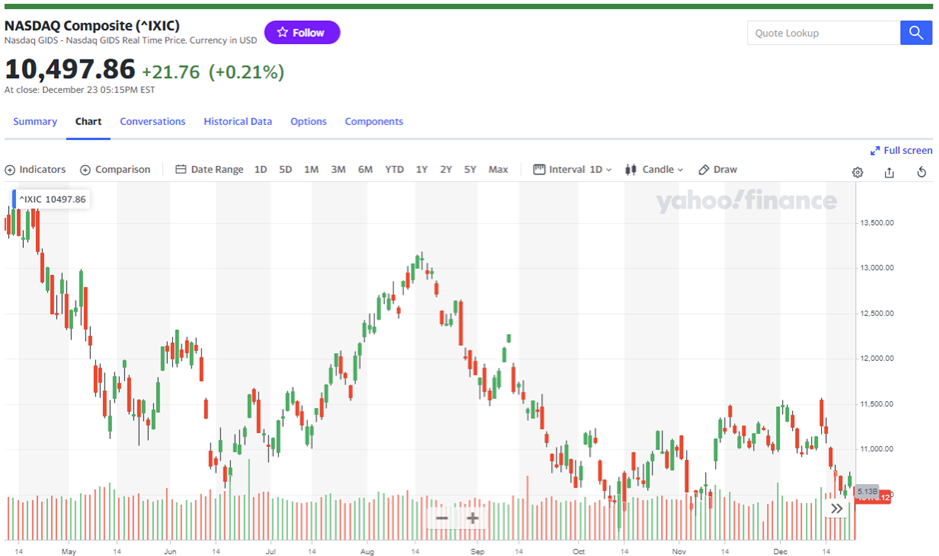 Judging from the 4-hour timeline, the BTC transaction volume went down significantly due to the Christmas and the coming New Year holiday, changing by only 1.41% in the last 3 days, far lower than 5%, the average changing rate in the market. It’s still in correction, which is a narrow price zone, from16718 to 16955. This tendency will last provided that no surprise will happen this week.