Mark Cuban: The Next Crypto Crash Will be Caused by Wash Trading
https://www.fameex.com/en-US/news/mark-cuban-the-xext-crypto-crash-will-be-caused-by-wash-trading
The billionaire investor predicted that 2023 will be full of cryptocurrency controversies like the multiple scandals that rocked 2022 in an interview with The Street on January 5.

Sports Giant Fanatics Sells Off Its Majority Stake in NFT Startup Candy Digital
https://decrypt.co/118429/fanatics-sells-majority-share-nft-startup-candy-digital
Fanatics CEO Michael Rubin informed employees of the move today, writing that the company has sold off its approximately 60% stake in Candy Digital to a group led by Galaxy Digital, the other founding shareholder of the sports and entertainment-centric NFT startup. Rubin added that that move was made now to try to “maintain the integrity of the relationships with our investors,” and said that “we never achieved full integration of Candy within the Fanatics environment or culture due to shareholders with competing objectives and goals.”

Germany's 2022 Inflation Rate the Worst in More Than 30 Years
https://news.bitcoin.com/germanys-2022-inflation-rate-the-worst-in-more-than-30-years/
In 2022, Germany’s average inflation rate topped 7.9%, its highest since the 1990 reunification, the country’s statistical office has said. As per the German press agency’s Jan. 3 report, the 2022 rate is more than double the 3.1% seen in 2021. Russia’s invasion of Ukraine, as well as the supply bottlenecks resulting from the war, are said to be among the factors that helped to drive up prices.

The Fear & Greed index stayed at 29, still below 30. The number has been around 25 most of the time in the last 4 months, but the number has been near 28 in the last 30 days, showing that the investors’ confidence is yet to be recovered. But on the other hand, the market has been relatively stable, instead of slipping further.

Bitcoin Ahr999 stayed at 0.33, below the bottom line 0.45 and the DCA line 1.2. The numbers reflected that the bear market would last for a long time. Judging from the information above, the prices were still at the bottom zone.

According to the statistics published by the ADP, which was rated as another version of NFP, 235 thousand people were added to non-governmental employment last December. Also, 204 thousand people in the US applied for unemployment compensation last week, which was lower than the expectation. It’s another evidence proving that the employment market was booming, a conclusion which would lead more people to expect the Fed to raise the interest rate.

In terms of politics and economy, the meeting minutes of last December showed that the governors believed that it’s inappropriate to lower the interest rate this year since the inflation rate had been at a high level. Raphael Bostic, president of the Federal Reserve Bank of Atlanta, announced on Tuesday that the Fed should do more to depress the inflation and decrease the pressure of market participators.

James Bullard, president of the Federal Reserve Bank of St. Louis, was seen as a firm believer in hawk. However, his recent dove speech on Tuesday revealed that he believed that the US inflation was still severe, but some indicators were back to normal. The year 2023 might be the year to end the serious inflation. He also held that even though the current policy was not strong enough in restriction, but it would approach and finally reach this level. His latest announcement indicated that he might no longer believed the interest rate would surpass 5%. Because of this, the US stock rebound from the lowest point. 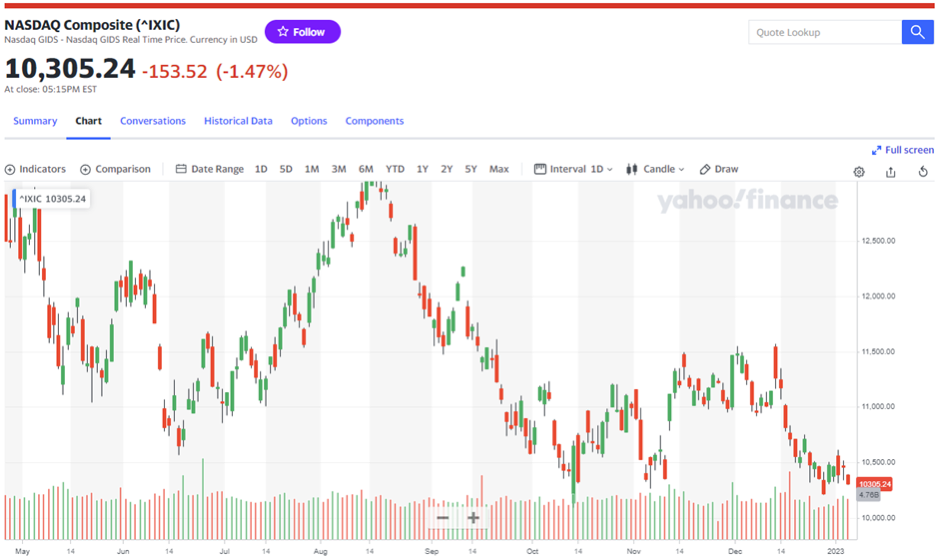 Judging from the day line, the BTC price has been between 17061 to 16256 over 20 days. The highest point is only 805 dollars higher than the lowest point. The fluctuation is less than 5%. The moving averages also show that there’s no sign where the market would head for. The MA7 and MA25 entangled with each other, while the MA99 is continuously pressuring them. If the transaction volume can’t reach that on November 8th in a short period, there will be no telling of the future.