Charles Hoskinson’s New Hospital Will Accept Cardano (ADA) for Payments
https://decrypt.co/118569/polygon-paid-y00ts-3-million-leave-solana
Cardano founder Charles Hoskinson has announced the launch of his new hospital called “Hoskinson Health & Wellness Clinic,” which will allow customers to pay for medical services using ADA, the native token of the Cardano ecosystem. Announcing the development a few days ago, Hoskinson said the hospital would be open for business by February 2023. According to the hospital’s website, Hoskinson Health & Wellness Clinic is based in Wyoming, United States.

France and Hong Kong Accelerate Towards Crypto Regulation
https://beincrypto.com/hong-kong-and-france-moves-to-regulate-crypto/
France Pushes for Mandatory Crypto Licensing. The Regulatory body wants to tighten crypto regulation by pushing the unregistered crypto service providers to obtain the license mandatorily. The licensing system presently is optional. Paul Chan, the Financial Secretary of Hong Kong, says that the country is working to attract businesses in the sector of crypto and Fintech. According to a Bloomberg article, Hong Kong is committed to becoming a regional crypto hub. The Hong Kong Regulatory Authorities are also willing to expand crypto trading to retail investors, which currently limits to those with $1 million+ bankable assets.

The Fear & Greed index is 25, still below 30. The number has been around 26 most of the time in the last season, showing that the investors’ confidence is yet to be recovered. But on the other hand, the market has been relatively stable, instead of slipping further.

Bitcoin Ahr999 climbed to 0.34, below the bottom line 0.45 and the DCA line 1.2. The numbers reflected that the bear market would last for a long time. Judging from the information above, the prices were still at the bottom zone.

In terms of economy and politics, 2 Fed officials suggested on Monday that the Fed needed to increase the terminal interest rate to more than 5% and sustain it for some time.

Raphael Bostic, president of the Federal Reserve Bank of Atlanta, believed that the Fed should raise the terminal interest rate to higher than 5% at the beginning of the second season, and no further change should be done for a long time.

Mary Daly, president of the Federal Reserve Bank of San Francisco, holds that it’s too early for the Fed to announce its success against inflation. She expected that the terminal interest rate would be higher than 5%. Raising the rate by 0.5% or 0.25% were both possible choices at the next conference. Taking smaller steps would allow the Fed to have more time to analyze data before taking action. 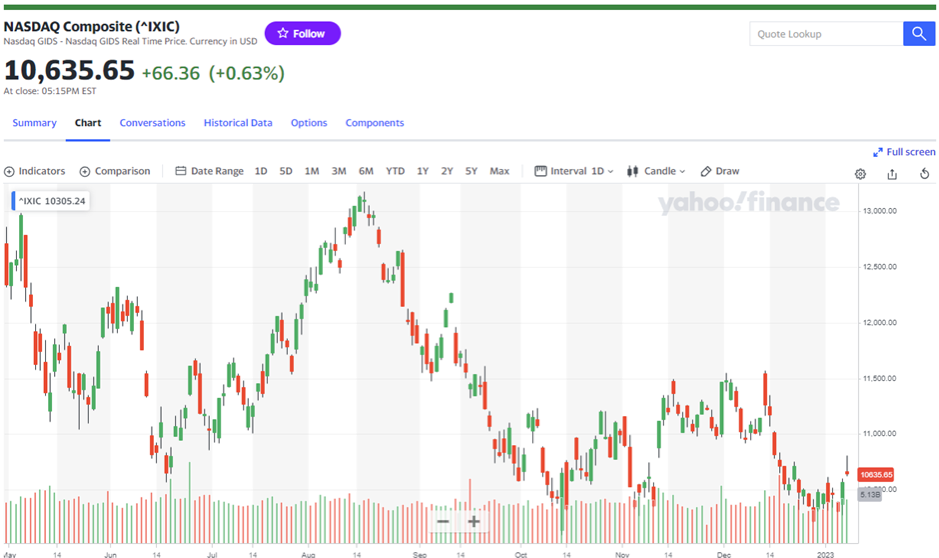 Judging from the 4-hour timeline, yesterday, the long side pressed the price to near 17400, but thanked to the short side, the price went back to 17200. The moving averages indicate that the long side has got the upper hand in the short, medium and the long term. The price is lower than the MA7, if this can’t be changed in time, the current market situation may change.