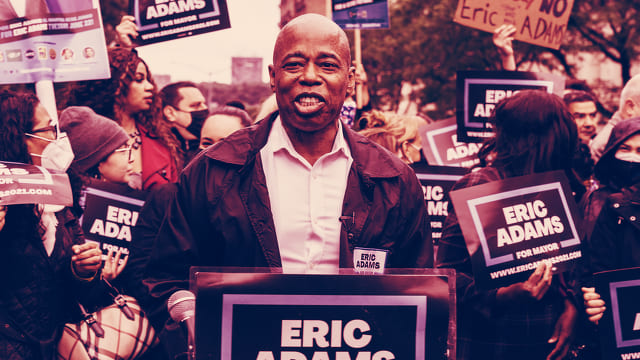 Eric Adams, the recently sworn-in Democrat mayor of New York City, has confirmed that his first paycheck will be converted into crypto. To stand by his promise, Adams receives his first paycheck in two leading cryptos, Bitcoin and Ethereum.

Per the announcement, Adams is also set to get a part of his salary in Ethereum, the world’s second-largest cryptocurrency by market cap.

“New York is the center of the world, and we want it to be the center of cryptocurrency and other financial innovations,” Adams said in a statement.

Adams, the former member of the New York State Senate and the Brooklyn Borough president, said that by receiving his salary in crypto, he wants to show that New York is “on the forefront” of innovation and continues “to be a magnet for talent from all over the globe.”

The U.S. Department of Labor regulations prohibits the city from paying its employees directly in cryptocurrencies. However, it is possible to use a digital asset exchange to convert U.S. dollars into crypto before the funds are made available.

Cryptocurrencies made up a big part of Adams’ election campaign last year.

Silwa promised to “make NYC the most cryptocurrency-friendly city in the nation,” with property taxes, fines, and fees all payable in crypto. At the same time, Yang, a former candidate in the 2020 Democratic Party presidential primaries, said that he “would invest in making the city a hub for Bitcoin and other cryptocurrencies.”

Adams, however, went as far as promising to take his first three paychecks in Bitcoin, throwing his hat into the ring immediately after Francis Suarez, the mayor of Miami, declared in November last year that he would take his next paycheck “100% in Bitcoin.”

PreviousBank of Russia Calls for Full Ban on Crypto Trading, Mining and Any Usage while Hodling is AllowedNextSearch Giant Google Hires PayPal Veteran as Part of Crypto Push
Other articles in this group