Brazil's Congress Moves to Regulate Crypto Payments
https://decrypt.co/116011/brazil-crypto-payments
Brazil's Chamber of Deputies approved a new regulatory framework that will include digital currencies and frequent traveler rewards from airlines (the popular "miles") in the definition of "payment agreements" under the supervision of the country's central bank. The bill, which still requires the signature of the president, would give legal status to payments made in cryptocurrencies for goods and services, but would not grant them ‘legal tender’ status.

Bankman-Fried claims: ‘I unknowingly commingled funds’ at DealBook Summit
https://cointelegraph.com/news/bankman-fried-claims-i-unknowingly-commingled-funds-at-dealbook-summit
Sam Bankman-Fried was speaking at the New York Times' DealBook Summit live on Nov. 30. “I unknowingly commingled funds [...] I was frankly surprised by how big Alameda’s position was which points to another failure of oversight on my part and failure to appoint someone to be chiefly in charge of that,” said Bankman-Fried, adding: “But I wasn’t trying to comingle funds.”

Cardano's Rapid DeFi Expansion and Twitter Spaces with Muesliswap
https://www.fameex.com/en-US/news/crypto-latest-news-2022120101
Cardano blockchain data reveals a 90% continuous rise in active addresses and tremendous development activity. Despite the fact that the tremendous growth has yet to be reflected in ADA pricing, over 1,146 projects are being built on top of the blockchain.

The Fear & Greed index now comes to 29, still below 30, showing investors’ confidence have recovered a bit but they are still remains conservative towards the future due to the negative influence of the exchange.

Today’s Bitcoin Ahr999 is 0.31, below the bottom line 0.45 and DCA line 1.2. The numbers show that the bear market will last for a long time. As a conclusion, the prices are still at the bottom zone of the market, but the steady tendency is expected to change in the near future.

In November, the ADP Report, rated as a minor version of US Non-farm Payrolls, reveals that 127 thousand people are added to the workforce, less than what was expected by the Wall Street. It can be seen as the impact of the FED’s austerity policy on employment and salary. However, Jerome Powell, the president of the FED, gave a hint that the interest rate would rise with a slower pace in December, so the value of the US bond would decrease with the value of dollar, main indicators of US stocks would turn red and the four main indicators would increase. 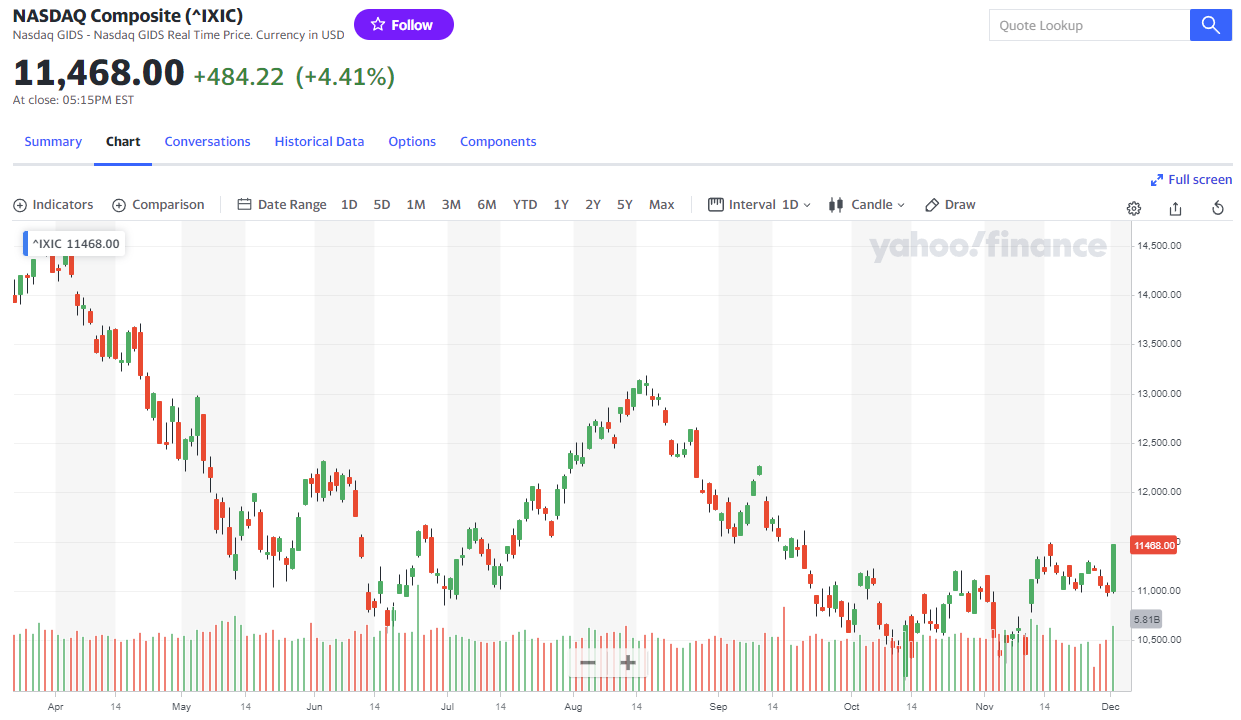 Judging from the 4-hour timeline, BTC price has broken the 17000 resistance line. There are several peaks on it’s candlestick chart, indicating the strong tendency that the price will continue to go up. As long as BTC stays between MA7 and MA 25, breaking through 19000 is not impossible.