Nigeria to Regulate Cryptocurrency to Flow With Global Economic Innovations

https://beincrypto.com/nigeria-to-regulate-cryptocurrency-with-global-economic-innovations/
The Nigerian government might amend the Investment and Securities Bill 2007 to allow the recognition of cryptocurrency as capital for investment, according to the Punch report. “We need an efficient and vibrant capital market in Nigeria. For us to do that, we have to be up to date with global practices. In recent times, there are a lot of changes within the capital market, especially with the introduction of digital currencies,” commented Ibrahim Babangida, the current chairman of the House of Representatives Committee on Capital Markets and Institutions.

Bored Ape Creator Yuga Labs Nabs New CEO From Gaming Giant Activision Blizzard
https://decrypt.co/117519/bored-ape-creator-yuga-labs-nabs-new-ceo-from-gaming-giant-activision-blizzard
Daniel Alegre is the new CEO of Yuga Labs, it was announced that he was stepping down from his position as President and COO of Activision Blizzard. Yuga Labs says Alegre will take the helm in the first half of 2023, and that the company's first and current CEO Nicole Muniz will remain on the team as a partner and strategic adviser.

Survey Shows that Game Creators Hope to Work on Web3 Games in the Future
https://www.fameex.com/en-US/news/survey-shows-game-creators-hope-to-work-on-web3-games
According to a recent poll, developers think that Web3 integration will affect user enrollment and retention. Three out of four game creators anticipate working on Web3 game projects in the future as blockchain gaming becomes more widely accepted, according to a recent poll.

Yesterday, the liquidated longs was 8.19M USDT, while the liquidated shorts was 32.58M USDT, leading to 24.39M USDT worth of net shorts liquidation. The total value of liquidation decreased and the total net liquidation remained at a low level. It revealed that the market is still in correction and hasn’t seen much moves made by investors lately.

The Fear & Greed index stays at 29, below 30. The number has been around 25 in the last 4 months, showing investors’ lack of confidence. But on the other hand, the market has been relatively stable, instead of slipping further.

Bitcoin Ahr999 stays near 0.31, below the bottom line 0.45 and the DCA line 1.2. The numbers reflect that the bear market will last for a long time. Judging from the information above, the prices are still at the bottom zone.

According to the economic statistics, influenced by the high loan interest and the decreased ability and demand to afford housing due to widespread inflation, in November, the number of the newly-added housing projects in U.S. has been going down continuously, and the decrease rate of the building permit was the highest since last April. Even though the mortgage loan rate fall from the highest point, the loan cost is still the twice of that of the last year.

Considering the possible economic recession and the higher interest rate next year, people expect the U.S. housing market to be weak. 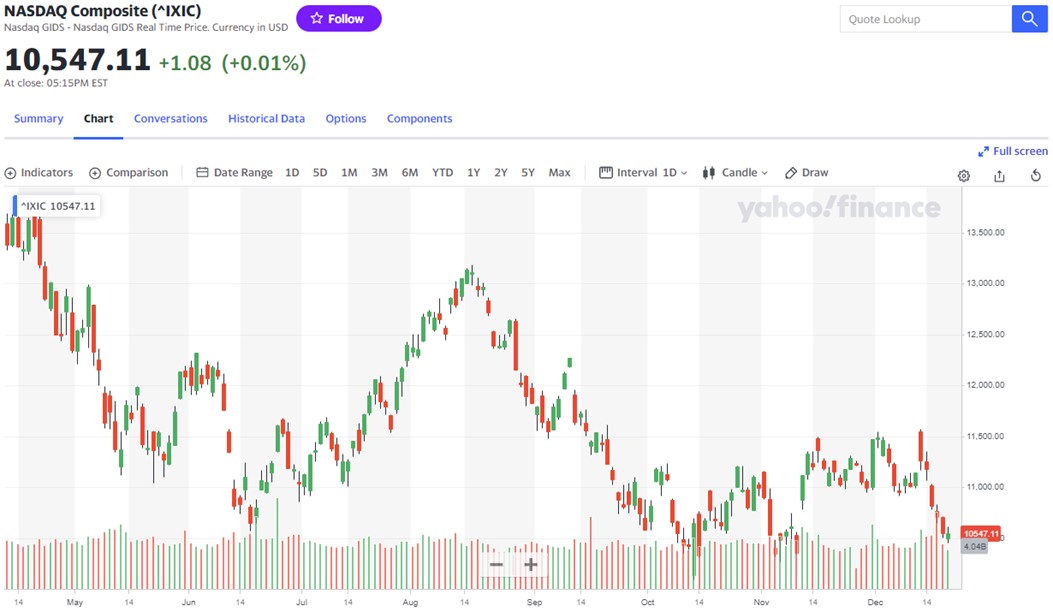 Judging from the 4-hour timeline, BTC experienced a strong fluctuation. It first went up to near 18000 on December 15th, then dropped down to around 17600. The short side also showed strong momentum by going down to prices under multiple moving averages. The most impressing one was the attempt to slip under the supporting price 16400 on December 20th. It’s hard to tell the tendency now. There’s no clear prospect of the the relations between the multiple averages. Plus the expected lower trade during the incoming Christmas holiday.