Samsung investment arm to launch Bitcoin Futures ETF amid rising crypto interest
https://cointelegraph.com/news/samsung-investment-arm-to-launch-bitcoin-futures-etf-amid-rising-crypto-interest
Samsung Asset Management Hong Kong (SAMHK), a subsidiary of Samsung's investment arm Samsung Asset Management, is set to list the “Samsung Bitcoin Futures Active ETF” on the Hong Kong stock market on Jan. 13. The ETF, or exchange-traded fund, will track the spot price of Bitcoin by investing in Bitcoin futures products listed on the Chicago Mercantile Exchange (CME). The ETF will primarily invest in the CME Bitcoin Futures, with some investments in the CME Micro-Bitcoin Futures. Currently, Hong Kong is the only market in Asia where Bitcoin futures ETFs can be traded.

El Salvador Passes Key Bitcoin Legislation, Making Way for 'Volcano Bonds'
https://decrypt.co/118996/el-salvador-passes-key-bitcoin-legislation-making-way-volcano-bonds
El Salvador approved a digital assets law aimed at creating legal protection for transfers or issuances of debt with cryptocurrencies. The bill also provides the legal framework for Bitcoin-backed bonds, also known as the “Volcano Bonds”. Under the government’s initial proposal, these Volcano bonds would be denominated in U.S. dollars and pay 6.5% annually for 10 years with a five-year lock-up period, while also fast tracking investors to land citizenship in the country.

The Fear & Greed index climbed to 30, which is a sign that the investors are ready. The number has been around 26 most of the time in the last season, showing that the investors’ confidence is yet to be recovered. But on the other hand, the market has been relatively stable, instead of slipping further.

Bitcoin Ahr999 climbed to 0.39, the highest of the last 2 months, below the bottom line 0.45 and the DCA line 1.2. The numbers reflected that the bear market would last for a long time. Judging from the information above, the prices were still at the bottom zone.

The annual increase of the US CPI in the last December is 6.5%, and that of the core CPI is 5.7%, both below the expectation and numbers of the previous month. The CPI of last December is 0.1% lower than the number of last November. It’s the first decline since May of 2020 when the US economy was experiencing the first downturn due to the pandemic.

Patrick Harker, president of the Federal Reserve Bank of Philadelphia, supports to increase the interest rate by 0.25%

Despite the US CPI has slowed to 6.5% from the over 9% last June. But the number still proves to be too high for the Fed and Americans.

The Fed expects that the interest rate will be rising continuously this year, and the earliest time for the interest to be down is 2024. According to the FedWatch of the CME, traders are expecting that the Fed may increase the interest rate by 0.25% twice in February and March separately, then the rise will stop. 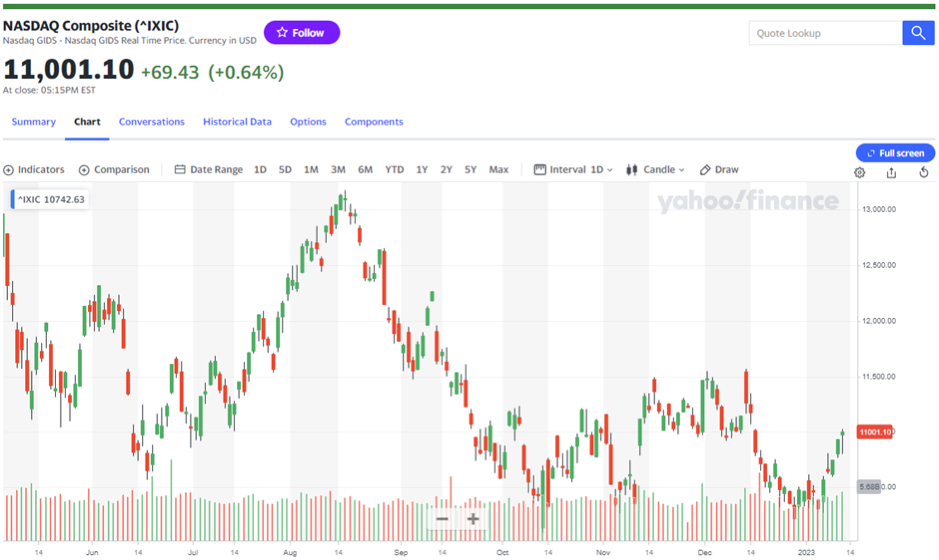 Judging from the 4-hour timeline, the price reached 18388, the pressure zone on December 15th, but the price went to over 19000 after a short correction. The moving averages continued its quite unusual tendency where the long side got the upper hand in the short, medium and the long term. However, it’s worth noticing that the BTC price is in the pressure zone of the third season last year.